Tessa Schorr wears a powerful message on her sleeve.

Tessa Schorr wears a powerful message on her sleeve. 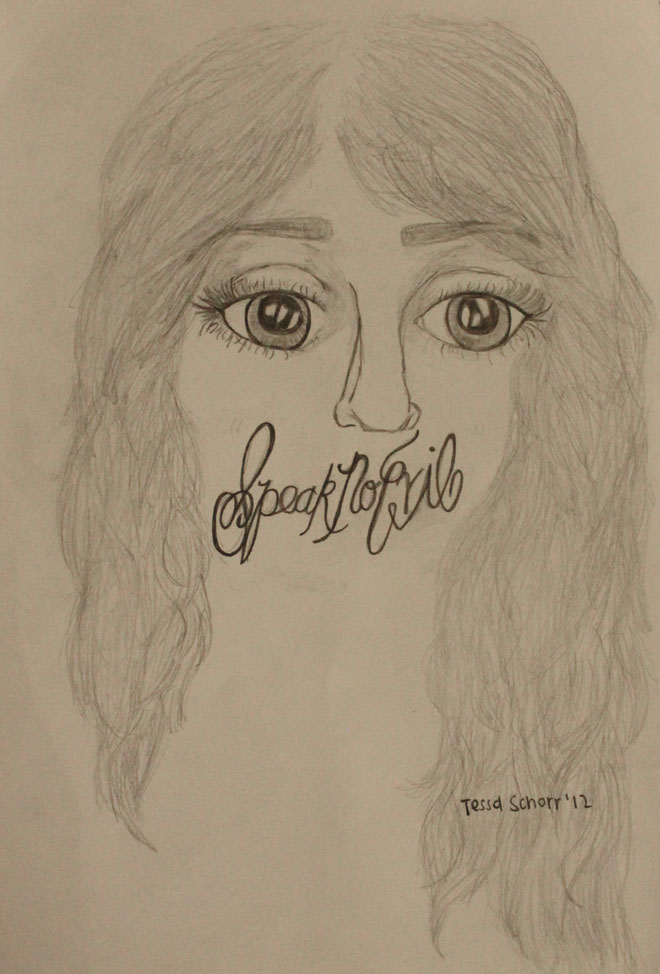 Tessa sketched the "Speak No Evil" piece in reading class one day.

with the young Tessa I could sense she was a kindred spirit in this way.

Tessa is kind but honest. And it's clear she has a very clear vision about style. This is something Southern Apparel founder Joel Hebert knows as well.

When he saw a sketch she created he knew there was a place for it in the fold of his local T-shirt company. And when he met Tessa he began to see she could be much more to his growing business. In short, Tessa (who is in the eighth grade) provides the kind of direction for clothing that many companies are merely theorizing about. There are no theories or assumptions about what teens want coming from Southern Apparel - Joel's got the real thing.

Tessa sketched the "Speak No Evil" piece in reading class one day. The positive message calls out a generation of girls fixed on bullying and demeaning each other with their words. Her father was impressed with the sketch and thanks to the connection of a mutual friend met with Joel to talk business. At their meeting he showed Joel the sketch.

"We could use more good messages in this world," Joel says simply.

And if this positive message seems a surprising fit for a business that touts some pretty smart-mouthed messages to date, there is a common thread.

"It's so polarizing," Joel says. "You stop and look. I'd rather be polarizing any day than fall in the middle."

The divergent message isn't the only difference. The Speak No Evil line is also breaking the mold in design. Under the eye of Tessa, the traditional Southern Apparel Ts are being revamped from a cropped tank and T-shirt to a ragged neckline (top of the list for both Tessa and me). 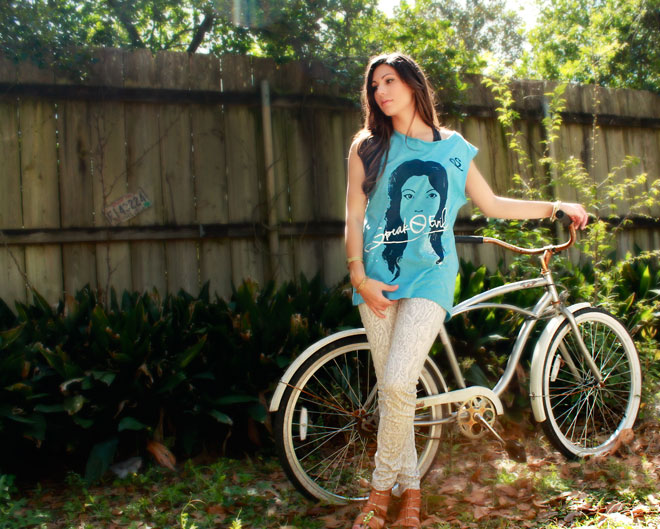 "She has a reason for everything," Joel says of Tessa as she shapes the design of the pieces. "And she is dead on."
And so the girl who spends her days in class at Fatima is already doing far more in fashion than many twice her age. As I rise to leave from our chat, I ask Tessa if there's anything she'd like to add. Without hesitation a sincere thank you is imparted to Joel and her dad.

"I'm so grateful to Joel, Southern Apparel, my dad for making it all happen," she says.

A grateful heart and an eye for style - just the combination that will take this style-lover far.