The Committee of 100 Louisiana has added Robert Daigle, managing partner of River Ranch Development Company, and Tyron Picard, founder of The Picard Group, to its membership.

Daigle has a law degree from LSU and was a practicing attorney from 1975 to 1996, representing developers, building contractors, architects, and engineers in commercial and residential construction matters as well as planning and zoning issues. He lectures frequently on construction and land use issues to attorneys, contractors, developers and municipal planning and zoning officials and has received multiple awards from national associations and planning institutions over the past decade.

Picard is the founder and principal of The Picard Group, a state and federal governmental affairs and business consulting group, with offices in Lafayette and Baton Rouge, and Washington, D.C. The group represents businesses (including three Fortune 500 companies) and other entities primarily in the fields of health, energy, technology and construction.

Picard also serves as special counsel to the law firm of Roedel, Parsons, Koch, Blache, Balhoff & McCollister. He is a former executive vice president, general counsel and board member for Acadian Companies, a past chair of the Greater Lafayette Chamber of Commerce and former board member of the Louisiana Board of Commerce and Industry. In 2008 and 2009 Picard chaired the Opus Christi Magnum fundraiser benefitting the Lafayette Catholic Service Centers and in 2003 served as deputy chair of Gov. Kathleen Babineaux Blanco's transition team and most recently as a member of Gov. Bobby Jindal's Department of Environmental Quality transition team. 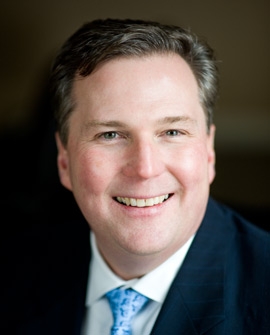 "Fresh, diverse perspectives enhance our ongoing efforts to dynamically impact the business and economic development activities of our state as well as help guide public policy decisions affecting the future of Louisiana," Michael Olivier, the committee's CEO, said in a press release.

The Committee of 100 for Economic Development Inc. was created in 1992 as a private, non-profit organization formed to serve as a catalyst for positive change in government, education and the economy.

The committee's primary focus is to assist the state in attracting and retaining industry, supporting Louisiana Economic Development and the major regional economic development agencies in the business and industrial recruitment process.