Also named to the foundation's board of trustees are Elisabeth Chappuis Kraft, Mike Maraist and Billy Rucks IV. The UL Lafayette Foundation Board of Trustees announced that Dr. Jay Culotta Jr., Reed Andrus and Tony Gordon have been elected officers.

Culotta is serving a two-year term as the 21st chairman of the foundation board, succeeding Bill Fenstermaker. A retinal specialist, Culotta is an alumnus of UL and has served as a trustee of the board for the past 18 years. 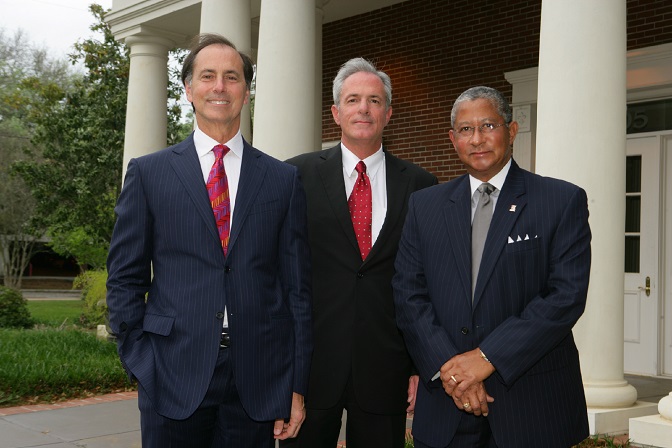 Reed Andrus was elected vice chairman, and Tony Gordon III secretary/treasurer. Andrus, also a UL alumnus, is a commercial real estate developer. Gordon, a graduate of Southern University, is vice president of strategy for the Franciscan Missionaries of Our Lady Health System.

In addition, three local leaders from the business and nonprofit community have joined the board of trustees: Elisabeth Chappuis Kraft, Mike Maraist and Billy Rucks IV.

The UL Lafayette Foundation raises funds to promote the educational, social, moral and material welfare of the university. It manages investments and serves as trustee of the endowment funds and other private assets contributed to UL.