How Lynette Elizalde-Robinson created hope out of a tragedy. 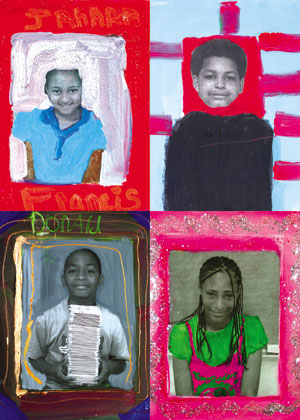 Lynette Elizalde-Robinson's resume is 14 pages long and her portfolio as thick as a textbook. Robinson is director and project coordinator for the Lafayette Parish Sheriff's Department's Family Violence & Juvenile Delinquency Prevention program, and her long career includes tenures as radio DJ, speech and drama teacher, dancer, choreographer and singer. But her life's work is Larry Elizalde's End the Violence, Harvest a Dream Foundation.

Her son, Larry, was shot and killed in 1991 in Chicago by two teenage boys. She became a national spokeswoman for handgun control and turned her grief into a foundation that helps troubled youth escape street life. Elizalde-Robinson was a guest on Oprah Winfrey's "Children and Guns" show in 1995, where she was awarded Winfrey's first "Parent of the Week" designation.

The foundation is wrapping up a six-week summer camp for at-risk sixth through eighth graders in Lafayette Parish. From 8 a.m.-4 p.m. every day, the students have participated in music, dance, art and theater activities and rehearsed for their summer production. More than 100 kids have traveled to 14 locations around the area performing their Cinderella-esque musical, Beauty is a Beast.

"Performing in every type of location forces them to learn adaptability," says Elizalde-Robinson. "The children learn teamwork, cooperation, how to think outside the box, flexibility and the rigorous schedule of two performances a day." The camp's final performance takes place this Saturday, Aug. 13, during ArtWalk at Galerie Lafayette in Jefferson Street Market.

The children's self portraits ' black and white photos taken by visual artist Stephanie Patton and embellished by the students ' will hang in the gallery through Sept. 3. At 7 p.m., the children will perform a piece from their production, in addition to performances by other members of the camp staff, including choreographer Matt Couvillion and local musician Lerone Rubin.

Elizalde-Robinson plans to continue the program throughout the year, after school and on Saturdays, and is looking for a permanent home for the camp. Her five'year goal is to duplicate the program in surrounding communities. "If we could take this into communities outside of this one, it becomes an inspiration for children and civic leaders, taking children from a tendency toward mischief and misbehavior to the right way."