The mega-successful businessman stunned newsmakers and political observers with his purchase of the state's largest daily newspaper. Now Acadiana's Top 50 Privately Held Companies will hear what he has planned, as the country watches this media story unfold.

John Georges will be the keynote speaker for ABiz's fourth annual Acadiana's Top 50 Privately Held Companies luncheon Wednesday, Aug. 28, at the Cajundome Convention Center at noon. The mega-successful New Orleans businessman stunned Louisiana newsmakers and political observers with his recent purchase of The Advocate, Baton Rouge's respected daily newspaper, and swift moves to accelerate the battle for market share in New Orleans against the Pulitzer Prize-winning Times-Picayune. Observers from across the country are watching the story unfold against the backdrop of an industry experiencing major disruption. 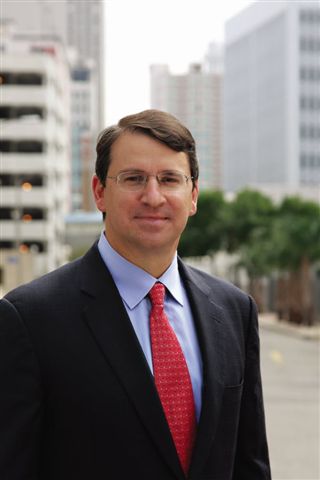 The stage was set a year ago when publishers of the T-P (Advance Publications, owned by New York's Newhouse family and ranked 46th largest private U.S. company by Forbes) announced plans to cut frequency, leaving New Orleans the only major U.S. city without a daily newspaper. Civic leaders and loyal readers united in a widely publicized protest that made national news. Georges himself even offered to buy the T-P to keep it daily. Meanwhile, Advocate Publisher David Manship expanded into New Orleans and quickly built a daily subscription base of 22,000, providing the enterprising, civic-minded Georges an attractive acquisition option.

Since the purchase was announced May 7, Louisiana's newest publisher has hired some of the top journalists in the state, including some former T-P headliners, and is clearly advancing an aggressive strategy.

Georges, a second generation Greek American and Tulane grad, worked his way up through the family business founded by his immigrant grandfather. Under his leadership, Imperial Trading grew from a small local operation into an industry leader that operates in a dozen states and employs 750. Georges now serves as CEO of Georges Enterprises, a billion-dollar Louisiana conglomerate that also includes Harrison Company of Bossier City and Galatoire's of New Orleans. Georges, who has a distinguished record of public service, was a candidate for governor in 2007 and for mayor of New Orleans in 2010.

Each year ABiz researches and publishes the Top 50 as a cover story in its July-August issue. The list, based on annual revenues, and accompanying analysis and profiles of a select group of companies will be direct-mailed to key decision-makers and on newsstands July 15. To qualify, companies must be privately owned and headquartered in Acadia, Lafayette, St. Landry, Iberia, St. Martin and Vermilion parishes (companies cannot be a subsidiary of an entity based elsewhere or controlled by one based out of the region). For more information, email Leslie Turk at [email protected]

Click here for the Top 50 form: the deadline for submissions is Friday, June 28.

Tickets are $50 per person or $450 for a premium reserved table of eight. For reservations or more information, contact Robin Hebert at (337) 769-8603 or via email at [email protected]