After giving her just over a year at the helm of The Daily Advertiser, Gannett has pulled the plug on publisher Karen Lincoln, according to inside sources who say the announcement was made Tuesday afternoon.

[Editor's Note: This story was updated to reflect new information provided by a story posted on The Daily Advertiser's website late Tuesday afternoon.]

After giving her just over a year at the helm of The Daily Advertiser, Gannett has pulled the plug on publisher Karen Lincoln, according to inside sources, who say the announcement was made Tuesday afternoon. 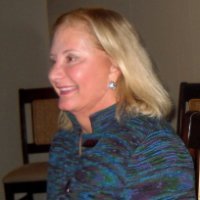 LINCOLN ASSASSINATION: After a little more than a year on the job, Karen Lincoln is out as the daily's publisher, begging the question:
Who in his or her right mind would step into that mess?

According to our sources, Gannett sent Shreveport Times Publisher Judi Terzotis to break the news of Lincoln's termination during a staff meeting held earlier Tuesday at the daily's Lafayette office.

The news also was posted in an anonymous comment on Gannett Blog, saying only, "Daily Advertiser publisher in Lafayette, La. fired today." (Gannett Blog is not affiliated with the newspaper giant.)

Lincoln joined the Gannett family in March 2012, taking the helm of its two Acadiana dailies, The Advertiser and The Daily World, along with the weekly Times of Acadiana, following the retirement of former publisher Ali Zoibi.

In fact, The Advertiser has had difficulty maintaining continuity at the top for a few years now. Zoibi retired abruptly after just 14 months on the job in 2012, citing a need to be near his ailing mother. His announced replacement, Richard Roesgen, ended up not taking the top post due to undisclosed "personal matters." Shortly thereafter Lincoln was named publisher.

The Advertiser announced Lincoln's departure in an online story posted late Tuesday afternoon, which named David Petty, publisher of The News-Star in Monroe, as her interim replacement. Petty will oversee Gannett's Acadiana operations until a permanent replacement is found.