Stand out camo prints that are hot now and later

Camo - not just for the men anymore. It's arrived in a way that's surprisingly appealing and promises to be one of fall's biggest trends. But, donning the hunt worthy pieces isn't for the faint of heart. Follow a few simple tips for keeping it utterly chic lest you feel like an extra on Duck Dynasty.

As with many a bold trend, camo is all about balance. It's about pairing the masculine with the feminine. It's about choosing camo prints in cuts that are less army fatigue and more uptown chic. 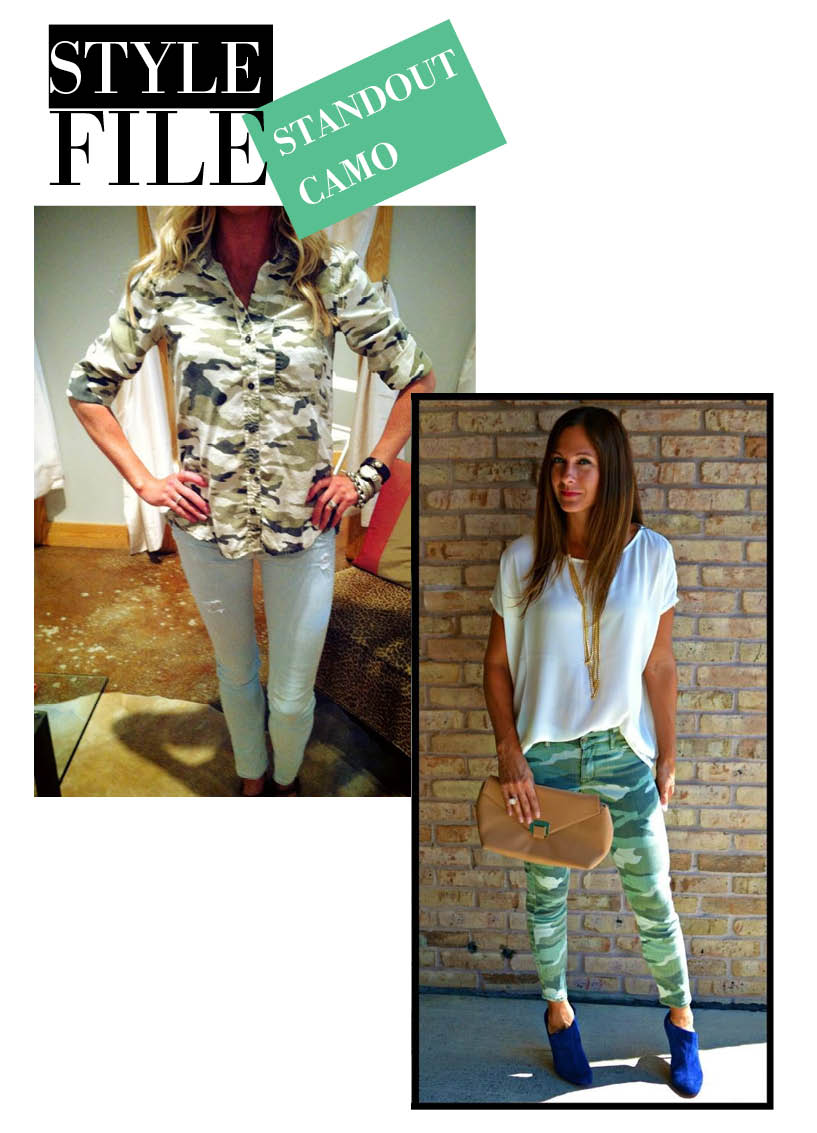 One of the biggest trends coming down the pipeline continues to be printed denim and camo is the latest to join that foray. Over at Vanessa V. they have a healthy dose of their Cookie Johnson jeans in the neutral print. And they've paired them wisely with feminine pieces and unexpected accessories. Think feminine little blue boots like the ones they chose and a girly necklace over a soft top. While combat boots have arrived in full force this summer and promise to stick around come fall, this is not their time or place lest you look ready for boot camp.

Hemline has a button down camo top that begs to be worn with easy pale distressed denim as shown or super dark little cut offs for summer. Pair with a hearty dose of their boho jewelry and some flat moto boots and you have a look that's tough girl in the best way. In a way that's sure to stand out.