A photography exhibit gives a new perspective into the lives of Hollywood's silver screen stars, with rare behind-the-scenes shots. 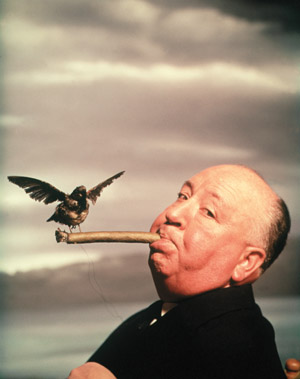 Put together a mid-century Leica camera, a dusty location shoot in Reno, Nev., and Marilyn Monroe, and you'll get an idea of what the new show at the Acadiana Center for the Arts is all about. Iconic Hollywood director John Huston was shooting the Arthur Miller screenplay of the 1961 film, The Misfits, out in the desert, and things weren't going well. Clark Gable was ill; Monroe was unstable, and her marriage to Miller on the rocks. None of the visual elements of this back story would have been recorded had it not been for nine photographers from the Magnum Agency documenting the behind-the-scenes drama.

The Magnum Agency is an international photographic cooperative owned by its photographer-members. Founded in 1947 by war photojournalists Robert Capa, David "Chim" Seymour, Henri Cartier-Bresson and George Rodger, the group has covered many of the major historic events of the 20th century. Magnum also negotiated exclusive contracts to document the making of the films of some of the most respected directors in the world ' works now considered classics. Photographers Eve Arnold, René Burri, Bruce Davidson, Elliot Erwitt, Josef Koudelka, Eugene Smith and Dennis Stock as well as Capa, Seymour and Cartier-Bresson are represented in this exhibit.

The show at the ACA features dramatic, intimate and startling moments behind the making of films such as On the Waterfront, Zabriskie Point, Moby Dick, Notorious and On the Beach. There's a who's-who of directors: Huston, Alfred Hitchcock, Michelangelo Antonioi, Jean Renoir, Jean Cocteau, Sidney Lumet, Charlie Chaplin, and of course the stars ' Marlon Brando, Audrey Hepburn, Ingrid Bergman, Humphrey Bogart, Gregory Peck, James Dean, Eli Wallich, Gary Cooper and Rita Hayworth. One stunning image after another will confound film aficionados, revealing a seldom seen side of Hollywood. But more than any other, the legend we can't get enough of ' the joyous, childlike, and tragic faces of the mercurial Marilyn Monroe ' fill image after image. This show won't be around long, and it's not to be missed, especially for film fans and photography connoisseurs.