307 Downtown and Blue Moon Saloon crank it up for Carnival. 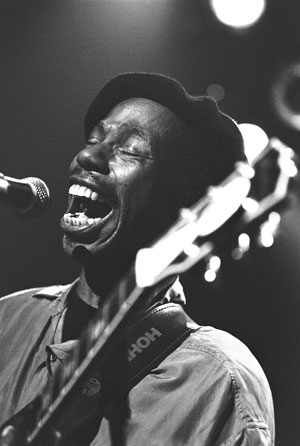 It wouldn't be Mardi Gras without Louisiana bands cranking out a soundtrack that lasts into the wee hours of the morning for Carnival revelers. And two of Lafayette's live music hotspots are pulling out the stops for the 2006 Mardi Gras season.

Blue Moon Saloon has a similarly strong and packed schedule for music lovers. New Orleans Tex-Mex and R&B faves The Iguanas headline on Friday, Feb. 24; The Weary Boys and Lost Bayou Ramblers bring Austin and Cajun sounds to the Moon on Saturday, Feb. 25; it's a zydeco and Cajun twofer on Sunday, Feb. 26, with Corey "Lil' Pop" Ledet and the Pine Leaf Boys; Troy Richard and the Richard Revue and The Bluerunners do a double-bill blast on Lundi Gras; and on Mardi Gras day, the music starts at noon and rolls with Drew Landry, Black Joe Lewis, Horace Trahan and the Asparagus Allstars. The last note won't be played until Mardi Gras 2006 comes to a close.