Gov. Bobby Jindal has backpedaled on changes his predecessor made in the oversight of local assessors who decide property taxes, the head of a powerful state business organization said Friday.

BATON ROUGE, La. (AP) - Gov. Bobby Jindal has backpedaled on changes his predecessor made in the oversight of local assessors who decide property taxes, the head of a powerful state business organization said Friday. 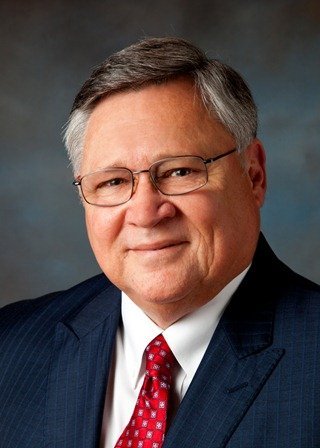 Jindal's appointees to the Louisiana Tax Commission appear to have been chosen in deference to local assessors who supported Jindal in the governor's race, said Dan Juneau, president of the Louisiana Association of Business and Industry.

In his weekly column, Juneau said Jindal's appointees to the five-member board have stalled changes put in place by commissioners appointed by former Gov. Kathleen Blanco.

"The assessors largely were big supporters of Gov. Jindal in the 2007 election. Shortly after his inauguration, he feted them with a fancy dinner in the Governor's Mansion. They obviously had strong influence in his appointment of commission members," Juneau wrote.

Juneau pointed to an audit released earlier this week by the Louisiana Legislative Auditor's Office that says the current tax commission has regularly approved changes that parish tax assessors made to property tax bills without checking the accuracy of those changes.

The audit says the tax commission approved more than $118 million in reductions to assessed property values for 20,822 business and residential properties and $10 million in increases for 3,374 properties from 2010 through 2012 without verifying the new assessments.

"When one property owner gets a sweetheart assessment, other taxpayers have to take up that slack by seeing their millages increase and, consequently, their property taxes go up. It usually isn't the guy driving the beer truck who is the recipient of such largesse," Juneau wrote.

"The Tax Commission should ensure that properties are assessed at their fair market value when conflicts arise, and LTC should also work with assessors to ensure any deficiencies pointed out by the auditor are corrected," Lansing said in an email.

The commission, for its part, doesn't appear interested in making any changes.

In its written response to the audit, tax commission management rejected nearly all the auditor's recommendations, disagreed with the review and said the auditors don't understand property tax law or the role of the commission.

Juneau said poor property tax administration in Louisiana harms economic development, and he said he had urged Blanco to appoint a Louisiana Tax Commission that "would accurately appraise property and not play favorites with assessments."

"Gov. Blanco subsequently appointed the most reform-oriented commission in modern history. That group did audits of assessments around the state and sent assessment rolls back to local assessors when they were not doing their jobs properly," he said.

Juneau said he made the same request of Jindal when he was elected in 2007 and urged him to keep the property tax reform effort on track. He said that request again should be made of whoever is elected governor in 2015, when Jindal is term-limited.