A gifted musician and songwriter, Tommy Malone of subdude's fame launches a mini tour from Lafayette Wednesday night at Vermilionville. 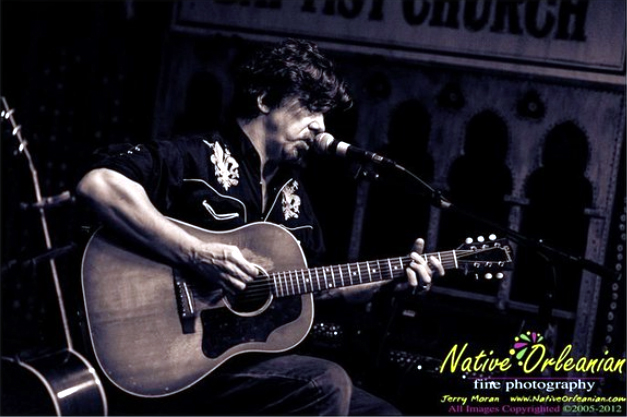 Tommy Malone's new record is a gem: a dozen hand-crafted tracks celebrating his knack for emotionally resonant, often intensely personal (or at least it seems that way) storytelling that channels and distills his many influences, from soul-flecked roots rock and New Orleans R'n'B to Delta blues and funk. They're all there in a seamless, satisfying blend. Malone wrote or co-wrote every track on the album.

The guy is a bad ass, in other words, and he's been bad-assing it on the NOLA music scene pulling up on 30 years. Don't believe us? Check out Malone and band when they play in the Vermilionville Performance Center Wednesday night.

Natural Born Days was definitely worth the wait, and it's been 12 years since a Tommy Malone solo record hit the street. "I was busy making records with the subdudes," he says of the delay, referring to the popular New Orleans band he co-founded in the mid '80s, a group that put out records on major labels in its first iteration from 1987 to '96. The subdudes broke up in '96 but reformed in 2002 sans founding bass player Johnny Allen, who the group literally had to "buy out" in order to use the original band name. (In that '96-'02 gap a version of the original lineup performed as The Dudes, but it only lasted about 10 months. More trivia: Tommy's brother, Dave, was a founding member of The Radiators.)

The 21st century subdudes put out five records between '02 and 2010, hence Malone's long gap between solo records. "You could say I was pretty busy with that - everything that I was writing was being funneled into that," he says.

You could also (almost) say Natural Born Days happened accidently, or by serendipity. When he's not on the road, Malone performs a weekly solo gig at a little dive on Canal Street called Chickie Wah Wah, and one of his most regular fans, Jim Scheurich, was also one of his oldest acquaintances. As Malone tells it, Scheurich played drums in Malone's first band when they were teenagers. He says the two were friendly acquaintances but never exactly friends. But, after getting reacquainted with Scheurich through the Chickie Wah Wah gigs, the two collaborated on a song together - "Distance," which is on the new record.

"I mentioned to Jim, Man, I really, really love that thing we wrote together. It's so weird that we never tried again. Why didn't we ever try again?' And we did," Malone recalls.

That collaboration led to six of the 12 tracks on Natural Born Days. "We reconnected in a very good way - personally and as writers, and that was a very big boost for me." 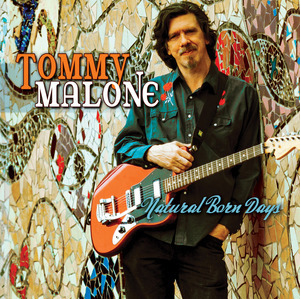 Recording the record, which was done at The Shed in New Orleans, also represented a new milestone for Malone, who theretofore had been very hands-on with production. But once Grammy-winning producer John Porter was on board, Malone managed to let go, to relinquish control. Porter's credits include The Smiths, BB King, Carlos Santana, Los Lonely Boys and many others - enough to garner 10 Grammys over the last two-plus decades.

"It was wonderful, really," Malone says of his experience working with Porter. "He's the quintessential producer - he just knows how to do it right. He knows when to speak; he knows when to let it happen and let it go. His instincts are incredible. His knowledge of the gear is phenomenal.

Unlike a lot of musicians of his generation - he's in his 50s - Malone has managed to stay relevant without losing his edge, and his productive career has successfully spanned the (some call it a) cataclysm that happened to the entertainment industry and most especially music by the advent of the World Wide Web, MP3 music files and the buying habits of consumers.

"Record companies have been ripping off artists for 100 years," he says. "But kids now feel the entitlement of getting their music for free, and to me, from my point of view trying to make money doing it, it's not any better than what the record companies were doing for all those years anyway."

But in Malone's final analysis, it's definitely harder to make it as a musician now than it was 25 or 30 years ago when writing catchy songs and being a good musician willing to play a lot of gigs typically translated into a record deal.

"For an old fart like me, yes [it's harder to make a living in music]," he admits. "I can't blame it all on the industry. The subdudes were obviously a popular group, so we were working. But, if we were still doing it now I suspect it would be the same story. It would be less money and it would be more difficult. But as we know," he adds with but a trace of sarcasm, "it's not about the money."