Louisiana native Steve Conn returns for a pair of special concerts with his friends Michael Doucet and Sonny Landreth. 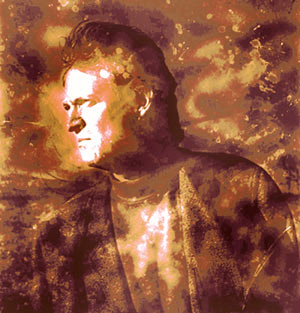 Pianist and songwriter Steve Conn comes full circle when he returns to Acadiana next week as the headliner for two Louisiana Crossroads concerts.

Pineville native Conn and BeauSoleil's Michael Doucet were roommates at LSU in 1972 and visited Colorado that year. After Conn moved to Boulder seeking cooler weather in 1980, Doucet was making regular trips to the area and would perform with Conn while he was in town. Ditto for Sonny Landreth. The trio's personal and musical friendship has remained steadfast. Conn co-produced BeauSoleil's Bayou Boogie album and performed with the band on its 25th anniversary tour, and Conn and Landreth regularly collaborate and perform on each other's albums. One of their shared traits is a commitment to powerful songwriting.

"I love to play, but I really love to write," says Conn via e-mail from his current home in Tennessee. "I always loved Jimmy Webb and Randy Newman, and for a while there I was just as much into Elton John as Dr. John."

That's evident in his most recent albums, 2003's eponymous CD and the recently reissued River of Madness CD. On both efforts, Conn uses his soulful Boz Scaggs-esque voice and inspired piano playing ' ranging from Professor Longhair rhythms and gorgeous melodies reminiscent of Jackson Browne's best work ' to illuminate his original compositions touching on subjects including politics to family ties. For his Louisiana Crossroads shows, Conn will be playing a grand piano, and Doucet and Landreth will join him for part of the performances.

"All I know is that I'm playing and singing and writing the best I ever have, and I think that goes for Sonny and Michael too," says Conn. "I'm expecting some post-hurricane magic to happen. I think we'll make people think and groove."

Steve Conn and Friends play Louisiana Crossroads Wednesday, Oct. 26, in New Iberia at the Sliman Theater for the Performing Arts, and Thursday, Oct. 27, at Vermilionville in Lafayette. Both shows start at 7 p.m., and admission is $10. For more info or to purchase tickets, call the Acadiana Arts Council at 233-7060. New Iberia tickets are available at 369-2300.