Wet your whistle and treat your taste buds to Lafayette's inaugural beer festival. 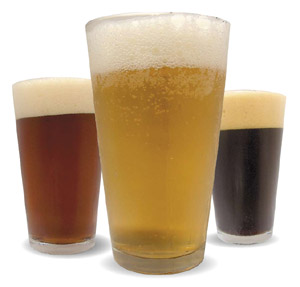 Think of it as Oktoberfest, except that you're in Lafayette, not Germany, and it's July.

Gulf Brew is Lafayette's first beer festival, billed as a "one-of-a-kind family-friendly festival," held in conjunction with ArtWalk and presented by the Acadiana Arts Council. With so many local fund-raising events already centered around wine, ACA's Betsy McComic says the group created the festival for the under-served beer drinkers. "It's so fitting for our culture," she says.

A $15 ticket gets you 15 beer samples from breweries from across the Gulf South and local homebrewers. Breweries include Abita Spring's Abita Brewing; Houston's Saint Arnold Brewing Company; Lazy Magnolia Brewing Company based in Kiln, Miss.; Zea Brewery from Metairie; and Covington's Heiner Brau Brewery. Lafayette's very own homebrew club, the Dead Yeast Society, will also be on hand to pass out samples of four different styles of its beverages. And for those who aren't looking to venture out in uncharted yeasty waters, tried and true Budweiser products will be on tap. (The kids won't be left out; they'll have the chance to sample Barq's root beer, while dining on hot dogs hot off the grill.)

And no beer tasting would be complete without food and music, so look for barbecue and sausage po-boys and music by the New Orleans Klezmer All-Stars, the Crescent City's klezmer band steeped in a funky sensibility. Door prizes will include a chance to win a trip to Oktoberfest 2007 in New York City.

So for this ArtWalk, grab a beer and some sausage as a prelude to the wine and cheese.

The Acadiana Center for the Arts presents Gulf Brew, from 2-6 p.m. at the ACA in downtown Lafayette prior to ArtWalk on Saturday, July 14. A Taster Ticket for $15 is good for 15 beer samples. Tickets for non-tasters and attendees younger than 21 are $10. Children 12 and under are admitted free. All proceeds benefit the Acadiana Arts Council and the Acadiana Center for the Arts. For more information, call 233-7060 or visit www.acadianaartscouncil.org.

Gulf Brew is held in conjunction with the Southern Open 2007 exhibition, which showcases artwork from Southern artists from Texas to Florida. The closing reception of Southern Open 2007 takes place from 6-8 p.m. Along with the closing reception, Rosanna Pousardien Czarnecki's In the Garden: Works on Silk will be showing in the ACA's Vault, accompanied by classical guitarists Hollier & Fromenthal. Louisiana Folk Roots will also hold its monthly Cajun and Creole jam session, Jam des Amis, in the Art House.