The Cane Fire Film Series returns with a screening of the visually diverse animated film "The Painting" on Sunday, Aug. 11, at Cité des Arts.

For August, the Cane Fire Film Series is screening the family friendly, yet visually stunning, animated film The Painting, directed by Jean-Francois Laguionie and Brahim Fritah. The Painting is set inside the painting of a kingdom that is divided into three separate castes: the lusciously painted Alldunnns, who reside in the palace; the Halfies, whom the Painter has left unfinished; and the Sketchiessimple charcoal outlines that have been banished to the cursed forest. 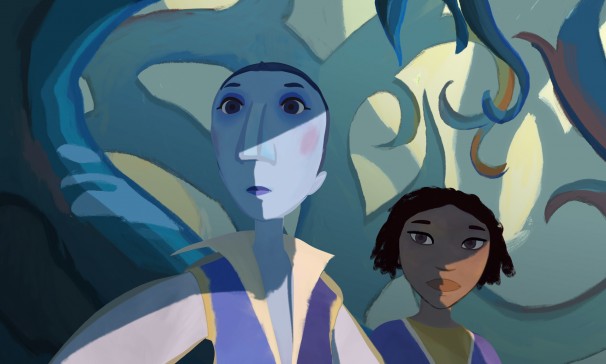 A Halfie named Claire flees the kingdom and heads for the forest after being chastised for her forbidden love of an Alldunn named Ramo. Claire's best friend Lola joins Ramo in his search for his beloved, which leads them to the very edge of the painting where they fall through the canvas and into the Painter's studio. The pair then journeys through the myriad of paintings littered across the studio, each containing its own animated world, trying to determine what plans the Painter has in store for his creations.

The Cane Fire Film Series screens The Painting on Sunday, Aug. 11, starting at 7:30 p.m., at Cité des Arts, located at 109 Vine St. Tickets are $8 in advance and $10 at the door. For more information visit Facebook.com/CaneFireFilmSeries or find the event page here.