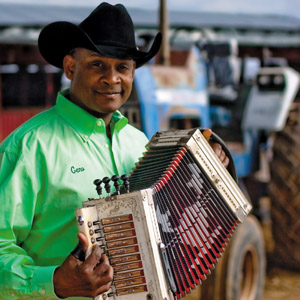 Lena Charles remembers when a young Curley Taylor first came to the Southwest Louisiana Zydeco Festival with his father. The younger Taylor had no idea what was at the end of the dusty gravel road his father was leading him down. Then he heard Clifton Chenier's accordion, and it changed his life.

"We feel that what we put out, nobody can duplicate," says Charles, the festival director and president of the Southern Development Foundation. "Nobody can duplicate the experience of hearing their favorite band on the main stage of the original Zydeco Festival. You have to be in that bean field."

The event celebrates its 25th birthday this year, still content in the fields of rural Plaisance. A committee from the Holy Ghost Catholic Church ' headed by the Rev. Albert J. McKnight ' started the event as a way to galvanize the Creole community. At the time, many feared for the future of the Creole identity and wondered if the zydeco genre would escape its local roots. The committee decided its community would reconnect through music and increase its solidarity for future generations. The snap bean field was fitting ' as the term zydeco comes from its French expression "les haricots," meaning "beans." Later, the Southern Development Foundation began organizing the event, the festival serving as the nonprofit community group's largest fund-raiser. "If we can revitalize the music, we can revitalize the culture," says Charles.

This year continues the tradition of honoring the legends of zydeco and building the music up for the next generation. The lineup is an unbeatable list of the best in zydeco, including new-generation bandleaders Curley Taylor and Geno Delafose (pictured). Each year the festival also gives an up-and-coming band a slot. "Once you have played at the main stage, you have arrived," says Charles.

Though this year's emerging artist is LA 31, the true twist at the festival is the booking of Jamie Bergeron & The Kickin' Cajuns. The band is well established among local crowds and a huge draw, but the presence of a Cajun band performing a hybrid of Cajun, zydeco and mainstream music (covers of classic rock) is a first for the festival. Laughs Charles, "He [Bergeron] knows he is going to have to come up to the plate with zydeco."

As Charles sees it, the timing is right for Bergeron, and the mix of styles is perfect. Plus, she sees zydeco as colorblind, pointing out the many white fans who frequent the event and local dances. "It has been 25 years of bringing cultures together."