Louisiana Crossroads goes back to its roots for its 50th performance. 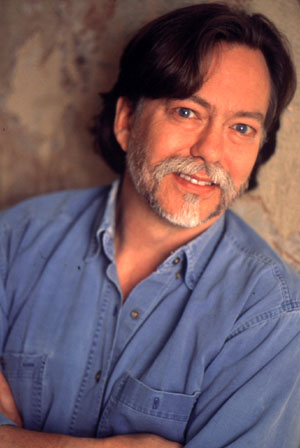 Without Vermont-based blues and folk guitarist Scott Ainslie, the Louisiana Crossroads concert series would never have taken root. In March 2000, Ainslie visited Lafayette to perform workshops for local students in the Lafayette Parish public school system; a number of staffers from the Acadiana Arts Council saw one of Ainslie's school performances and felt compelled to book him for a nighttime performance. In searching for the right venue for Ainslie, AAC realized there was no entity that regularly offered smoke-free, all-ages shows that started early on weeknights. Using those guidelines, they presented Ainslie at the original Art House location at the corner of Lee and Main streets, and the event was a resounding success. The concept for Louisiana Crossroads was born.

Since then, the series has offered a mix of local and national talent in a wide array of genres including Cajun, jazz, blues, R&B, rock, and world music. And as the series celebrates its 49th and 50th shows this week, Ainslie's returning to commemorate the occasion. He's touring on the heels of his latest CD, The Feral Crow, which continues his exploration and mastery of pre-World War II guitar styles. (One of Ainslie's notable accomplishments is his transcription of blues godfather Robert Johnson's songs ' notoriously difficult compositions that humble many guitarists.) He'll be joined by his frequent touring partner Glenis Redmond, whose stirring performance poetry is a natural complement to Ainslie's guitar playing. (Redmond's no stranger to Lafayette either and released an interview and performance she conducted for Marce Lacouture on KRVS as a commercial CD.)

So five years and 50 shows later, Ainslie and Louisiana Crossroads come full circle. Here's hoping their respective journeys continue to thrive and a 100th anniversary show could be a possibility.

Scott Ainslie and Glenis Redmond perform Wednesday, March 23 at the Sliman Theater in New Iberia, and Thursday, March 24 at Vermilionville in Lafayette. Both shows begin at 7 p.m. Admission is $10; $8 for Acadiana Arts Council Members; or $5 for seniors 65 and older and students 25 and younger with ID. For tickets or more info, call 233-7060.