Louisiana takes one small step in leveling the paying field.

Fifty years ago the Equal Pay Act was signed into law by President Kennedy, making it a federal offense for employers to pay different wages to men and women who hold the same job and do the same work. At the time of the EPA's passage in 1963, women in the U.S. averaged 59 cents for every dollar a man earned. Today American women make just 77 cents for every dollar a man takes home.

It's 2013, and there is still a demonstrable difference between what women earn and what men earn - the so-called "wage gap." In fact, according to the National Women's Law Center, women in Louisiana are among the lowest paid in the nation as compared to their male counterparts, averaging only 69 cents for every dollar earned by a man. Minorities in Louisiana have even more pay disparity; Hispanic women make 52 cents for every dollar a man earns and African-American women make just 49 cents. To give you some perspective, even women in Mississippi and Alabama fare better, making 74 cents per dollar made by men.

So what is being done to address equal pay for women in our state? Louisiana took its first step, albeit a baby step, this legislative session by joining 41 other states that have adopted state-based equal pay laws. After much political wrangling, the Louisiana Equal Pay for Woman Act became effective on Aug. 1, 2013, prohibiting state agencies from paying different wages to state employees of different genders with the same job.

This new state law allows a female state worker to submit written notice of an alleged equal pay violation to her employer who then has 60 days to remedy it. If changes are not made, the state employee can bring an action against her employer with the Louisiana Commission on Human Rights. If the Commission cannot resolve the dispute, the female employee can file suit in state district court for damages, court costs and attorney fees. If the state agency is found to be in violation of the equal pay law, the worker is entitled to damages in the amount of the employee's unpaid wages that occurred within the 36-month period prior to the written notice.

Conversely, if the court finds that the employee has brought a frivolous claim, she can be held liable for reasonable damages, attorney fees and court costs.

The original bill, Senate Bill 153 by Sen. Ed Murray of New Orleans, would have helped close the gender gap for both public and private sector workers. The bill was met with significant opposition and initially failed to garner enough votes for passage. Murray's bill was not by any means radical feminist legislation that would create new labor laws. His bill would have simply echoed existing federal legislation allowing workers in Louisiana to file suit in state court instead of federal court for allegedly being paid less than other workers based upon gender. So what was all the fuss about and why does this new state law only apply to government workers?

Ironically, the existence of federal laws like the Equal Pay Act of 1963, the Civil Rights Act of 1964, the Pregnancy Discrimination Act and the Lilly Ledbetter Fair Pay Act of 2009 - which provide federal protections for women - were cited by opponents of the bill as adequately addressing the issue of fair pay for women, making state law unnecessarily duplicative. Businesses, big and small, through powerhouse lobbies like the Louisiana Association of Business and Industry and the National Federation of Independent Business, argued that the bill was not about equal rights, but about antagonizing the business community and creating an environment for increased litigation that businesses would have to defend, which would result in higher costs for businesses and consumers. 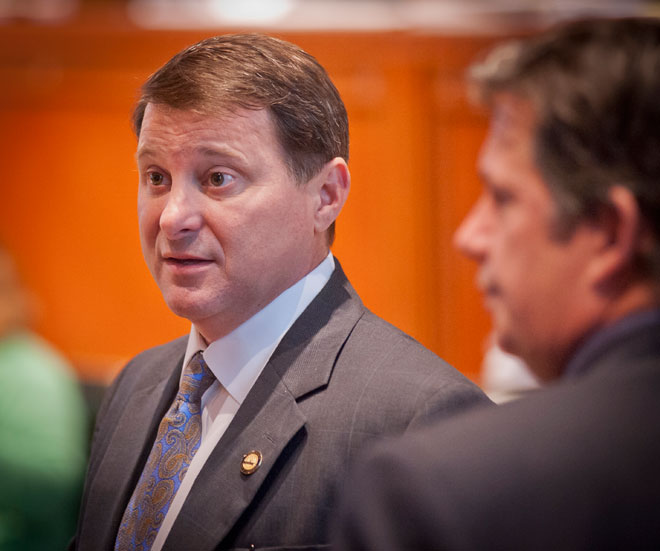 In an effort to save the bill from defeat, Lafayette Sen. Page Cortez offered an amendment to Murray's bill based upon Texas law that limited the scope of the legislation to apply only to state workers. "The bill in its original form would have never made it out of the Senate," says Cortez. Dozens of equal pay bills have been introduced by various state legislators over the past 10 years, but time and time again the bills were killed by business leaders who feared that equal pay legislation would create a hot bed of litigation and administrative red tape that would ultimately cost jobs and hurt the economy of our state. Cortez considers his changes to the bill "a necessary progressive step" toward addressing the wage gap that would be amenable to the business community.

Some view Cortez's amendment as "gutting the bill" of its intended purpose to provide equal pay to women in Louisiana; others see it as a valiant effort to get a bill passed that can serve as the foundation for greater equality for women. While Cortez's amendment did dilute the bill to apply only to state workers, it was his amendment that guaranteed the bill's passage, giving Louisiana some type of equal pay legislation for the first time. A small victory, but a victory nonetheless.

Although the Louisiana Equal Pay for Woman Act is a step in the right direction, addressing pay disparities that remain in the private sector is critical for women and their families. The fact of the matter is that 50 years after the initial passage of equal pay legislation, women are still not receiving equal pay for equal work. If progress continues at the current rate, it will take another 45 years to eliminate the wage gap.

So where do we go from here? If you are reading this column and you think that the Louisiana Equal Pay for Woman Act should be broadened to apply to all women in the state and not just state workers, you can do something about it. Contact your senator and representative and voice your concerns. Believe it or not, our elected officials actually keep track of our opinions on issues received via letter, email and telephone. And for all of you who are ready to string up our local senator for his amendment - as I once was - it is important to note that Cortez has pledged to work with Murray and all other interested lawmakers and parties to establish a task force comprised of all stakeholders to come up with consensus legislation to address the issue of equal pay.

Danielle DeKerlegand Cromwell is general counsel for Acadiana Computer Systems. She received her law degree in 2001 and has concentrated her practice in the area of health care law, providing assistance and guidance on Medicare/Medicaid regulatory issues, fraud and abuse, compliance issues, reimbursement, HIPAA and managed care issues. She was appointed to serve on a provider balance billing study group by chairs of the House and Senate insurance committees.