Clancy DuBos remembers the steely tenacity and Southern charm of the first woman elected to Congress from Louisiana.

Graciousness is rare in a politician. Genuine kindness ranks not far behind. Most so-called public servants are so focused on themselves and their ambitions that they lose a great deal of their humanity. In the four decades I've covered politics, I've known only one elected official who literally embodied the qualities of graciousness and kindness: former Congresswoman Lindy Boggs. In a profession peopled by narcissists and jerks, Lindy stood out like Mother Teresa at a biker rally. 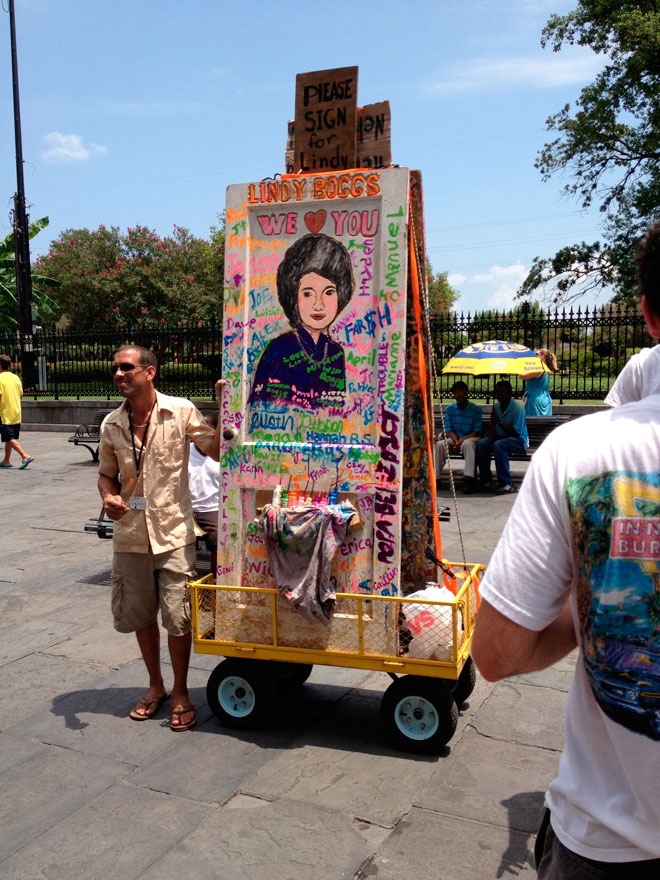 For those who knew her and were touched by her gentle spirit, Lindy's passing leaves a void that cannot be filled. She had few political adversaries - and no enemies - during her long career.

Those new to New Orleans or too young to have known her likely will never encounter anyone quite like her outside of a convent, which, by the way, is where she was educated before she enrolled in Tulane's Sophie Newcomb College at age 15. It was at Tulane that she met her husband, T. Hale Boggs.

Lindy was the first woman elected to Congress from Louisiana. She served there for 18 years, retiring in 1990 to care for her daughter, Barbara Boggs Sigmund, the mayor of Princeton, N.J., who died that year of cancer. While in Congress, Lindy leveraged her seat on the House Banking and Currency Committee to champion the cause of women's economic rights. She was among the few southern Democratic liberals able to survive politically in a majority white district; by the time she retired she was the only white member of the House with a majority black district.

After her retirement, she took a job at Tulane University and became Gambit's New Orleanian of the Year in 1991.

Over the course of her remarkable career, Lindy had many firsts as a woman: the first to chair the Democratic National Convention in 1976; the first to manage two inaugural balls (for John F. Kennedy in 1961 and Lyndon Johnson in 1965); in 1984 she was among the first women mentioned as a possible vice presidential candidate; and in 1997 she was named by President Bill Clinton as the first woman to become U.S. Ambassador to the Vatican. She was a devout Catholic. 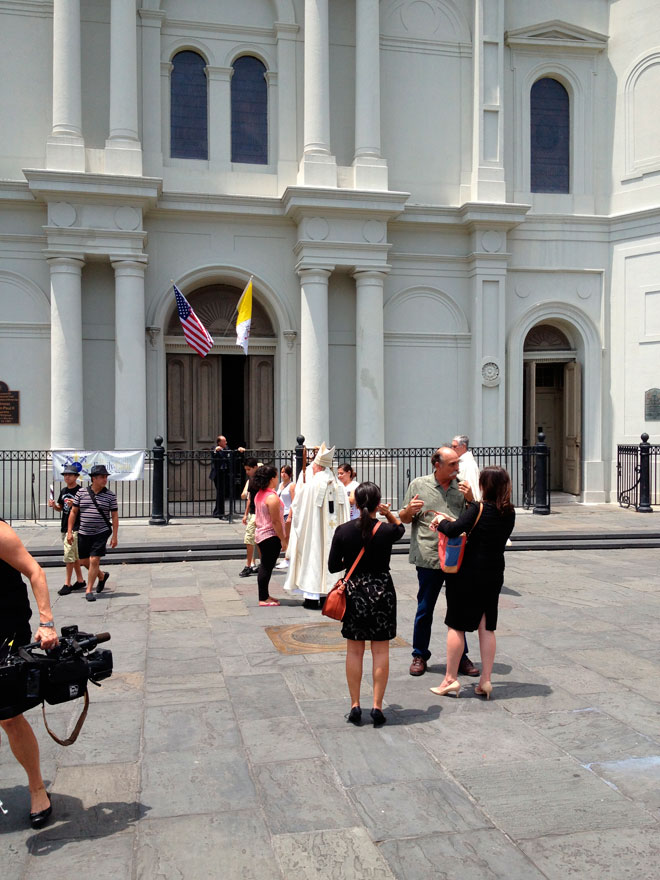 She succeeded her late husband in Congress in a special election in March 1973 after he disappeared in a plane crash in Alaska. Through Hale's tenure, Lindy was at his side, both as a political wife and as his closest confidant. Along with her husband, Lindy mastered the inner workings of Beltway politics and developed close relationships with leading members of both parties. Among her closest friends were Gerald Ford, who was Hale's GOP counterpart in the House, and Ford's wife Betty. That relationship came to represent an era when Democrats and Republicans could fight it out on the floor but still leave the Capitol for dinner or drinks as friends. Relationships mattered far more than partisanship back then, and things got done as a result.

Her combination of Southern charm, keen political insight and a deft sense of timing made her a force on Capitol Hill. She was said to be the only member of Congress who could sidle up to the speaker's podium and whisper into the ear of Tip O'Neill, the legendary speaker who followed Hale Boggs in rank at the time of Hale's death.

"Lindy had a basic sense of human decency, warmth and kindness that was totally genuine," says retired Criminal Court Judge Terry Alarcon, who managed Lindy's congressional campaigns in the late 1970s and '80s (before Alarcon became a judge). "No matter who you were, Lindy treated you like you were the most important person in the world when you were with her."

On a personal note, one of my favorite interviews ever was one I did with her in the late 1980s. I asked for a breakfast meeting and was told to meet her at home on Bourbon Street. I assumed we'd walk over to Brennan's, but when I got there she called down from the third floor and told me to come up. (She climbed those steep steps like a 12-year-old.) I huffed and puffed to the third floor, only to find Lindy in the kitchen with a spatula in hand and an apron around her waist.

"Darling, how do you want your eggs?" she asked.

"Lindy, you're not cooking me breakfast."

She answered more with a look than a retort, then said sweetly, "Darling, you said you wanted to meet me for breakfast. So, I'm making breakfast. I've got scratch biscuits in the oven and bacon in the skillet. Now, how do you want your eggs?"

That was it. No debate.

That kind of charm came naturally to Lindy. The New York Times' write-up of her death noted that she was famous in Washington for hosting garden parties for up to a thousand guests - and proudly doing the cooking herself.

Other than her first campaign to succeed her husband in 1973, Lindy faced only one tough race for Congress. In 1983, her district was redrawn to give it a black majority. A year later, she was challenged by then-former Judge Israel M. Augustine, the first black judge at Criminal Court and a beloved figure in the black community. Alarcon recalls one event from that campaign as a defining moment.

"One morning a longtime supporter who ran a small and no-longer-very-significant political organization came in with this ridiculous budget for his ballot," Alarcon says. "He wanted $5,000 - and about that time money was really tight. Herman Kohlmeyer, her treasurer, practically had a stroke. I had the unfortunate task of giving Lindy the bad news.

"Lindy, of course, said, Give it to him.' We complained that it wasn't worth it, that we were running low on cash, but she just smiled and said, You have to remember that there are angels everywhere. You just have to look for them.'

"That afternoon we took her to a local housing project to campaign for black votes, not knowing what kind of reception she would get.

Almost as soon as we arrived, dozens of women came pouring out of their apartments, some of them clutching letters they had received years earlier from Lindy, or even Hale. Several of them said, Don't worry, Miss Boggs. We remember that you were always there for us. We're gonna be here for you now.'

"She then turned to me and said, You see. There really are angels everywhere. You just have to look for them.'"

Boggs won re-election handily, capturing more than a third of the black vote.

Now that she is gone, Alarcon says through tears, "We don't have to look too far to find this angel."