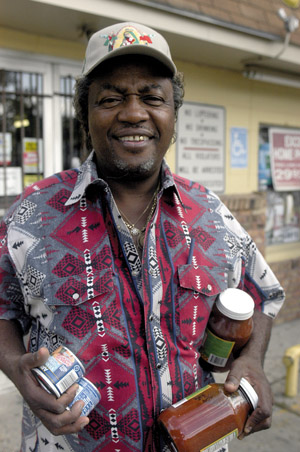 The first three years Sid "El Sid O" Williams and Don "Apollo" Wilson threw the Zydeco Food Drive, they fell short of their goal. So they dug into their own pockets and paid for the extra Thanksgiving meals for local needy families.

"That was alright," Wilson says. "We kept on doing it 'cause we knew we were doing the right thing." Last year, the money raised from the annual event helped put 500 gift baskets on Thanksgiving dinner tables. The drive feeds an estimated 7,500 people, with each basket carrying a plump turkey. Leftover funds helped purchase 200 Christmas toys. This year, the drive marks its 20th anniversary and looks to do the same with another stellar lineup of top zydeco talent.

Buckwheat Zydeco has rarely missed the event, headlining the first one hot on the heels of the regional radio smash hit "Waiting for My Ya Ya." This year, Buckwheat will be absent as he tours overseas.

The show differs from typical zydeco events, with performers playing shorter sets. Often, it involves rare pairings of performers and strong family performances (the Taylors, the Carriers and the Dopsies sharing the stage). Many of the stars are only available because they are home for the holidays. The combination of home-bound stars makes for unforgettable and poignant performances, such as Simien, C.J. Chenier, Nathan Williams and others fittingly coming together last year to perform Clifton Chenier's "I'm Coming Home."

With the possibilities of so many zydeco stars in one place, there's always surprises at the food drive. The event's 20th anniversary only adds to that element with Wilson promising, "We getting ready to show out. â?¦ We are gonna show up and show out!"