Fall's fierce footwear for every age

Men, women, children - no one is immune to the arrival of the combat boot. It's been a slow march to the forefront, but fierce fashionistas and tough guys have been rocking the combat boot for a few seasons. Now, it's breached the front lines of style and entered the foray as one of fall's must have in footwear.

While we remain devoted to the Wolverine 1,000-mile boots over at Genterie (an absolute classic) there's a great variety when it comes to the combat boot. 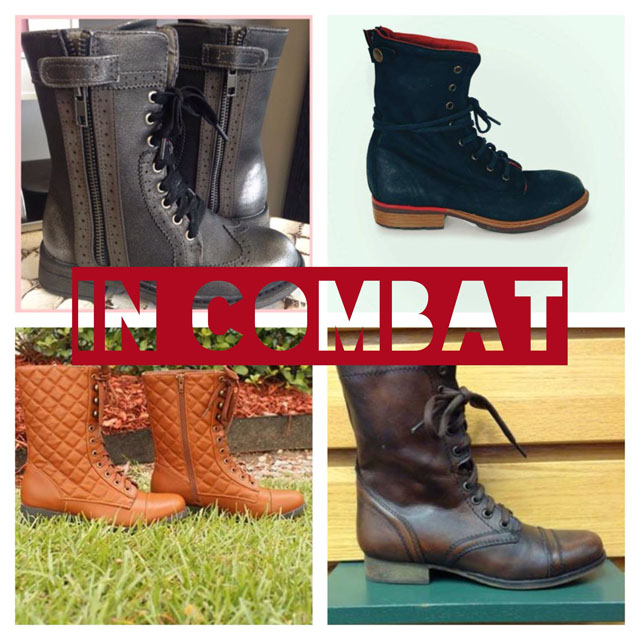 Over at Vanessa V. they have a great boot with just a tiny strip of red. At Shoe La La a pair with red laces really tie up the trend while Volatile boots for the littlest mavens (pictured upper left) can be found at Shoe La La.

Herringstone puts their always funky spin on the trend with these quilted ones we'd love to see with flirty prairie prints. While you're there check out the black boots with a leopard interior that shines when you wear the boots folded down.

Brother's has a pair of basic combat boots in rich brown that will go with everything. And all of these are the sort that take any simple look to a much tougher place.