The Saints head coach dismisses the notion that his return to coaching means the New Orleans Saints will instantly regain their playoff form of 2011. 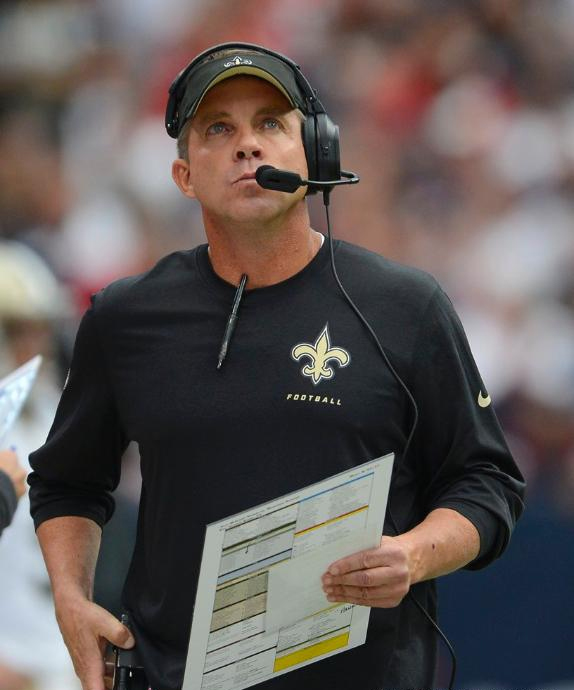 NEW ORLEANS (AP) - Sean Payton dismisses the notion that his return to coaching means the New Orleans Saints will instantly regain their playoff form of 2011.

The coach is quick to remind anyone who asks about his past success that a team which stumbled to a 7-9 record last season - with one of the most porous defenses in NFL history - is the one he has taken over following his return from his season-long bounty ban.

So there's a lot of work to do, Payton says, if the Saints want to contend for the playoffs in 2013 - not that he's discounting New Orleans' potential to do so.

"There is urgency every season," Payton said. "Each year is different, and certainly there are goals and expectations. Most importantly, we don't try and put limitations on what we think we can and can't do. We don't know enough about this team yet."

The good news for Payton is that the NFL is largely a quarterback-driven league, and the Saints have Drew Brees, who last season eclipsed 5,000 yards passing for the third time in his career. Brees has little doubt about New Orleans' potential to contend again now that last year's scandal, as well as his own 2012 contract holdout, are history.

"Last year was an apparition," Brees said. "It was a different time with all the situations that had taken place.

Here are five things to watch as the Saints make their run in 2013:

PAYTON'S RECORD: Payton is entering his eighth season in New Orleans, but only his seventh on the sideline because of last year's suspension. In his first six campaigns, he racked up double-digit victories four times, twice going to the NFC title game and once bringing a Super Bowl title to a franchise long associated with bumbling incompetence. His hallmark has been his ability to design and call plays, and the foundation he laid for New Orleans' offense so strong that the Saints ranked second in yards per game in 2012 while Payton was away. Now that he's back with Brees, Saints players like Lance Moore is talking about "the potential for greatness that this team has."

DEVELOPING DEFENSE: Saints defensive players, who were downtrodden a year ago when they gave up a single-season record 7,042 yards, are so far enthusiastic about changes made by new defensive coordinator Rob Ryan. While the preseason can be misleading, the Saints have been encouraged by their constant pressure quarterbacks. New players in the secondary, including first-round pick Kenny Vaccaro and free-agent acquisition Keenan Lewis, have bolstered a unit that gave up too many big plays last season. Meanwhile, young players on the line - namely, Cam Jordan, Akiem Hicks and rookie Glenn Foster - have shown promise in Ryan's 3-4 front.

ROSTER SHUFFLE: The Saints have had bad luck with injuries. Outside linebacker Victor Butler, a free-agent acquisition from Dallas, was supposed to start until a knee injury in June put his season in doubt. Then last weekend Will Smith, who was switching from defensive end to starting outside linebacker, left a preseason game with a knee injury that will sideline him for the year. Veteran inside linebacker Jonathan Vilma, another projected starter, has recently undergone the latest of numerous surgeries on his left knee. The procedure was an arthroscopic cleanup, leaving hope for his return, but Payton offered no timeline. In the meantime, look for David Hawthorne to start in Vilma's spot, while Parys Haralson, newly acquired from San Francisco, could be thrust into a starting role at outside linebacker along with Junior Galette or Martez Wilson.

BREES' BLINDSIDE: Charles Brown has emerged as the new starter at left tackle, a position held the past four seasons by Jermon Bushrod, who left during free agency for Chicago. Brown, a 2010 second-round draft choice, handily won the job in training camp over 2013 third-round draft pick Terron Armstead and veteran free agent Jason Smith, who has been released.

YOUNG RECEIVERS: It appears the Saints' pass-heavy offense will include regular roles for two young receivers with no regular-season experience. Rookie Kenny Stills, a fifth-round pick out of Oklahoma, has picked up the offense quickly and has demonstrated the foot speed to break big plays. Nick Toon, a fourth-round pick in 2012 who spent his first season on injured reserve, has shown potential as a big target with good hands and a deceptive ability to stretch the field, much like veteran Marques Colston, or even Toon's own father, former New York Jets All-Pro Al Toon.