A tale of two horses exposes the ugly underbelly of thoroughbred racing.

For years whenever I was confused or exhausted I would head to the track. An evening absorbed by the drama and beauty of thoroughbred racing inevitably clarified and rejuvenated me. I had gotten out of the habit after Evangeline Downs became a charmless cover for thousands of video pokers machines. But the horses were still there and after scanning the Friday entries in late July I found one to go see: Willist, a 10-year-old gelding with lifetime earnings of $509,779. I watched him stand perfectly still in his paddock stall as he was saddled. He had been saddled in paddocks 84 times before. 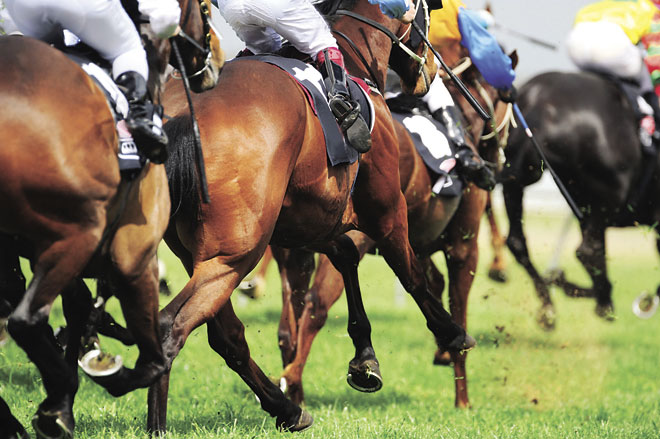 Willist, a handsome bay, carried a little more weight than most of his competition, but he looked fit and moved calmly out on the track.

That he went off at 48-1 was no surprise; in his last five races he had finished as high as fifth only once and had earned a total of $486.

Willist broke from the starting gate cleanly and settled along the rail as he passed the grandstand. He moved forward as the field bunched together on the backstretch. As the field spread in the turn he faded to eighth or ninth; I couldn't tell. He galloped out easily and returned to the unsaddling area apparently none the worse for wear. The last time I saw Willist he was ambling away with his groom. He had done what was asked of him, short of earning a check.

His future was up to his trainer.

A week earlier, a horse with similar lifetime earnings wasn't so lucky. 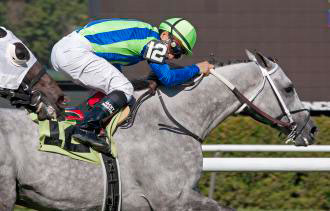 As Monzante entered the starting gate July 20 at Evangeline Downs, no one imagined the 9-year-old gray thoroughbred would become famous a second time. After all, few entries in a $4,000 claiming race are well-known even once. Five years ago to the day Monzante had reached the height of American racing by winning a Grade I race, the Eddie Read Handicap at Del Mar.

In the years after his biggest win, Monzante ran at some of the best tracks in the country, including Churchill Downs, Santa Anita and Saratoga, earning nearly $584,000. Extremely well-bred in Kentucky, Monzante first raced in England. After he was sold to three California real estate executives for more than $200,000, he won the majority of his earnings for them from 2007 to 2011. As a gelding with no breeding potential, Monzante had to race to remain valuable to whoever owned him. Detecting a decline in his performance as a 6-year-old, Monzante's connections entered him in less-competitive claiming races where horses entered are eligible to be purchased at a set price.

Monzante ran in his first claiming race for $62,500 less than six months after he finished sixth in the 2009 Breeder's Cup Turf. There were no takers. Eighteen months later, as his slide down the claiming scale continued, he was claimed for $20,000. Another six months and he was claimed again for $10,000. After just one race with his new connections, Jackie Thacker claimed Monzante on May 5, 2012 for $10,000.

By then Monzante had entered 34 races and 2011 had been his busiest year, running eight times. Thacker claimed Monzante in his fifth race of 2012 and ran him in eight more before the end of the year. Monzante won twice and earned $29,965 for owner-trainer Thacker.

He failed to earn a check only in his last two races of 2012, and on Nov. 23 in the mud at Delta Downs Monzante finished ninth, 16.5 lengths behind the winner. After 13 races in 2012 Thacker decided Monzante needed some time off. 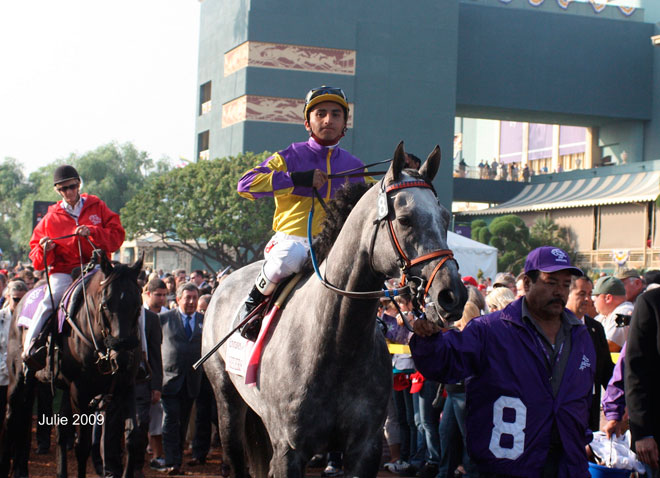 Jackie Thacker has been a trainer since 1989. In 1990 he was investigated for animal cruelty after three emaciated horses and three dead horses were found on his farm. No charges were filed after Thacker convinced authorities the horses were not his and had been delivered to his farm in poor condition. He has been fined four times for medication violations since 2006. Thacker told Bloodhorse.com that 36 hours before the July 20 race he gave Monzante phenybutazone or "bute," a pain-killer legal in Louisiana if given 24 hours before post time. He also administered furosemide or Lasix, a widely used anti-bleeding medication; and four hours before the race, carbazochrome, an adjunct bleeding medication legal before races in only three states: Louisiana, Maryland and Virginia. This year Thacker has had five winners from 41 starts with 12 different horses.

Because of his poor performance in his last race in November, Monzante was placed on the vets list by the Louisiana Racing Commission and required to pass extra scrutiny before being allowed to race again. He was scratched by a private vet from a June 8 race because of colic. On July 20 Monzante was examined by two veterinarians and pronounced sound.

Monzante went off as the 5-2 favorite at the one mile-70 yard distance despite the long layoff. After stumbling out of the gate, he moved up to fifth then faded. Jockey Carlos Lozado eased him at the eighth pole.

A splint was placed on Monzante's front right leg by the track veterinarian before he was loaded on a trailer and carried to Thacker's barn behind the backstretch. He had apparently injured his right front sesamoids, small bones located at the back of the fetlock. At that time Monzante was considered "salvageable" by the state vet.

Dr. Mary Scollay, the equine medical director of the Kentucky Racing Commission, told the Daily Racing Form that "salvageable" can be defined as "pasture-sound with very limited functionality... There are quality of life issues that go with that."

At his barn Thacker consulted with his private vet and his wife who "loved the horse." After watching his horse show increased pain and discomfort, Thacker instructed his vet to euthanize Monzante. "We didn't want to see him suffer anymore," Thacker told The Horse magazine. "We thought we were helping him more than hurting him by going ahead and putting him down."

Not surprisingly, the sad story of a champion thoroughbred's death after being entered in a cheap claiming race by a trainer with a checkered past resonated among horse racing fans and non-fans alike. The Daily Racing Form featured the story on its front page for several days. Horse racing blogs, websites and social-media made Monzante famous again. Horse-loving critics demanded Jackie Thacker's trainer's license be revoked without knowing whether he was male or female. Longtime fans swore off the sport for good. Others felt that Monzante's decline and demise were "the worst part of the sport" but inevitable given demands the sport placed upon horses and horsemen.

Count the Louisiana Racing Commission among the latter group. In response to cries for an investigation, the LRC completed its inquiry within the week. Charles Gardiner, executive director of the LRC, said that Monzante had been properly examined according to the pre-race requirements of "extra scrutiny" given his history. "The commission is satisfied that everything the commission was required to do was done," said Gardiner. As for Thacker's decision to euthanize Monzante, Gardiner said, "We can't take away the right for him to make that call."

Monzante's story rounded up all the usual suspects: high-priced breeding operations, opportunistic owners, desperate trainers, drugs and racing rules, written and enforced sometimes to horses' detriment. The state veterinarian's assessment of Monzante's as "salvageable" after his injury seemed to reveal more than just the horse's prognosis. Defined as "the act of saving imperiled property from loss," the word underscores an overriding economic principle that desensitized and transformed the world's most beautiful animals into nothing more than property. As for Monzante, he was no longer a Grade I winner when Thacker claimed him. He was simply and wonderfully a thoroughbred who loved to run even when maybe he shouldn't.

John Mikell is a one-time horse owner - no wins in nine starts - and longtime horseplayer with lifetime earnings below the Mendoza Line (less than $200). He lives near Grand Coteau.