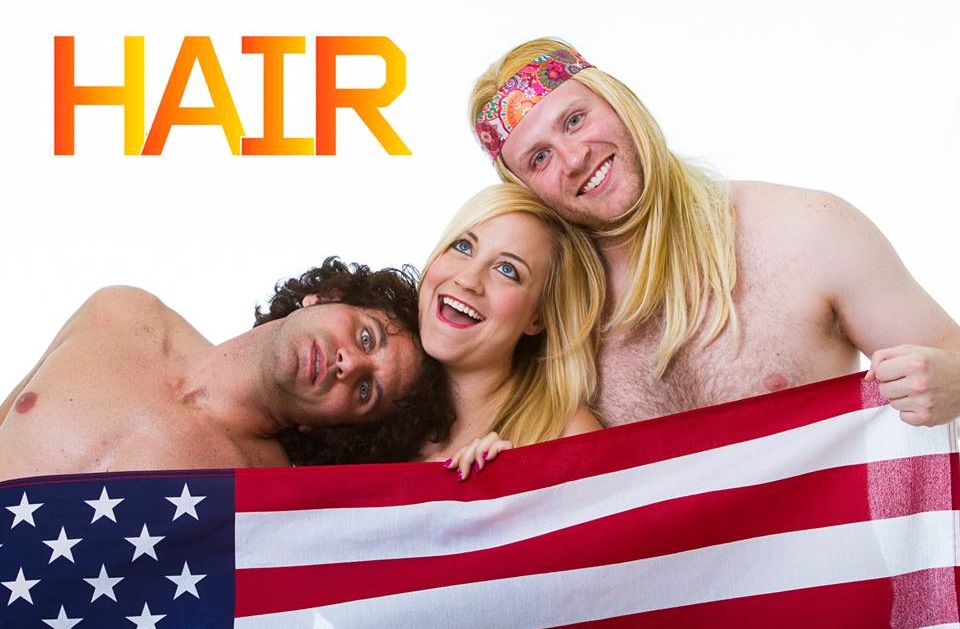 The Riveters theatre Troupe will present their production of Hair: The American Tribal Love-Rock Musical, a product of the hippie counter-culture and sexual revolution of 1960s that spawned several anthems of the anti-Vietnam War peace movement. Hair chronicles the exploits of the Tribe, a group of politically active, long-haired hippies of the "Age of Aquarius" who live a bohemian life in New York city while fighting the draught of the Vietnam War.

Hair premieres at 7 p.m. on Thursday, Sept. 5, at Burke-Hawthorne Theatre on the UL campus. Performances will run Sept. 5-7 and 12-14 at 7:30 p.m. Admission is $15 and $10 for students and veterans. For more information and to purchase tickets, visit RivetersTheatre.Weebly.com.