Pieces inspired by the past look toward the future.

Jacob Broussard is an artist with vision and depth. It's a combination that takes his often contemporary work to a rich place with shades of meaning that cast new understanding after that initial visual impact. His work has a way of casting a spell, his pieces have a rare quality of speaking for themselves and, yet, it's difficult to see his work and not instantly wonder about the man behind the brush. 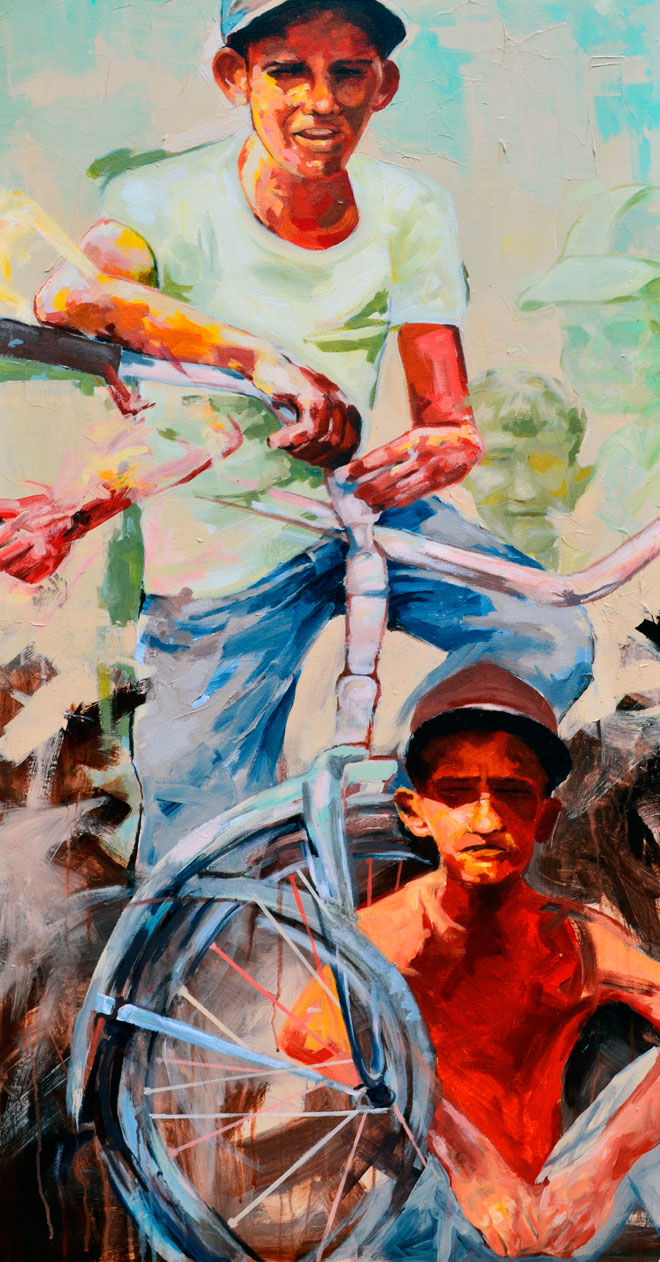 "I have never been more sure," Broussard's agent, Jeffery McCullough, says of the new talent.

Broussard's work is just that powerful. You see it, you get it. And then comes the story. Like the beautiful piece of a young man on a bicycle you learn was inspired by Broussard's grandfather in a 1947 photograph - a grandfather who later lost his leg (you then realize how very prominent that leg is in the series). Many of Broussard's pieces are inspired by his grandmother's incredible collection of photographs and of eras long gone, and all carry a kind of understanding far beyond what one would expect from a man of 21 years.

Originally from Cankton, Broussard is in college at UL Lafayette and recently spent the summer in Italy studying. And now he's happy to be back in the studio working on his own pieces as he continues to develop his visual voice.

And that is perhaps the most incredible thing about this young artist - that the collection he has amassed thus far is just the first strokes of a career. He's already participated twice in Big Easel, which is a juried event. He has pieces available at View Gallery in Mississippi as well as PERCH.home in New Orleans. This is only the beginning for an old soul with a fresh voice. 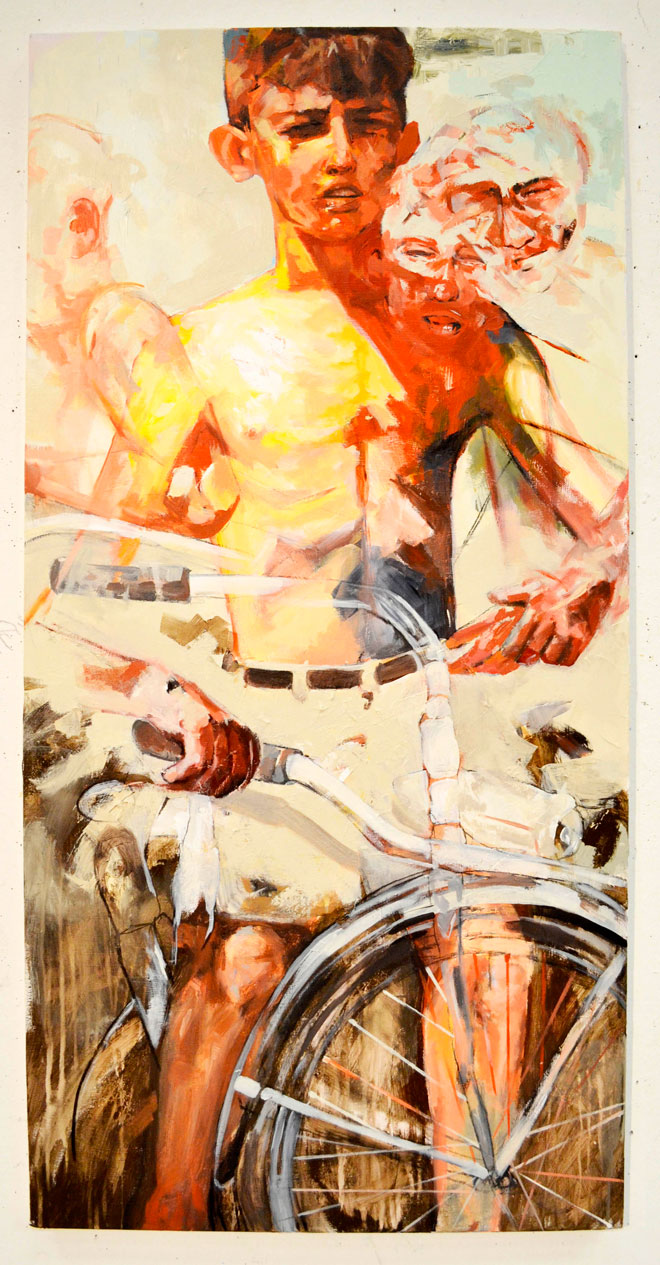 A mixed media piece by Broussard honoring his grandmother, cousins and their nanny and housekeeper is given texture through the use of grits from his grandmother's kitchen and represents the decomposing nature of the aged photographs that we hold on to. The piece is displayed in fellow artist Kelli Kaufman's kitchen.

Jacob Broussard's artist statement about a series of paintings shown above that represents his grandfather is instructive: "It's a 1947 image of my grandfather with his biker gang as a child. It's been part of an investigation I've developed ... I was looking for different ways toward approaching flesh with paint; as I was researching different artists, I was thinking of a spiritual sense of flesh, family lineage, reincarnation, different flesh, but same spirit sort of work. Since looking at old photographs and reproducing many copies, I wanted that to become incorporated within the painting, so I duplicated the faces and hands, almost a literal interpretation of reproducing yourself from your ancestors. My grandfather is a paraplegic now; he lost his right leg seven years ago on my 13th birthday. I wanted his leg to be a focus, exposed area of the painting, being that he lost flesh on a day of significance, a day of reproducing of his own flesh (my birthday). This commemorative painting addresses boyhood, domestic life, the age of lost innocence."