A fledgling Lafayette music festival honors a friend and raises awareness about suicide. 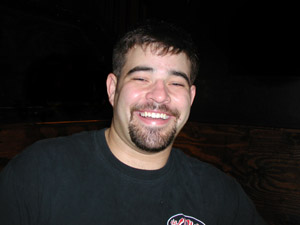 "Jacob was the light of the party," says Elizabeth McElligott. "He lit up the room when he walked in, and I'm not just saying that. That's the kind of guy he was. He was hilarious. He made people laugh constantly. He was just a sweetheart."

But behind Jacob Crouch's sunny disposition was a depression so deep that it led him to take his own life on Dec. 14, 2005. He was only 24 years old.

After his death, McElligott and Crouch's friends threw a 3-day party with three bands to honor their friend. "Jacob loved to throw parties," McElligott says. "He had this annual luau at his house, which we were actually planning on before he committed suicide. So we thought about holding a three-day music festival in his name to honor him." Held in the back yard of friend Josh Landry, the first Crouchstock was held on Memorial Day weekend 2006, with some 500 people in attendance.

The group also raised $30,000 in Crouch's name and formed the Jacob Crouch Foundation, a nonprofit organization whose mission is to raise awareness of suicide. This year's Crouchstock, the second event for the group, will serve as the foundation's annual fund raiser. Right now, the foundation's primary purpose is to educate kids about suicide.

"We talk to these kids," McElligott says, "and we give them the facts about suicide because people don't like to talk about it. We're trying to break away from that taboo. It's a very dark subject, but it doesn't have to be. The more we get out there and talk with kids, we can tell them that suicide is caused by depression, which is a mental illness. It doesn't need to be shunned away and put in the closet because that's when the problems start."