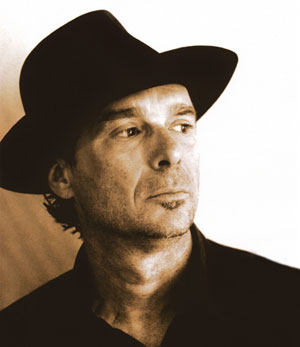 In the wake of Hurricane Katrina, it's no surprise that music has entered into the mix of Acadiana's charitable efforts. The Acadiana Center for the Arts canceled its Party Like a Rock Star event, scheduled for Sept. 10, and has instead quickly organized a benefit concert for the American Red Cross. At Grant Street Dancehall, other local musicians have done the same. Joining the ACA in presenting Band Together, Saturday, Sept. 10, outside at Parc International are Louisiana Crossroads, Downtown Development Authority, Downtown Lafayette Unlimited, The Performing Arts Society of Acadiana, Festival International de Louisiane and Louisiana Folk Roots. The lineup includes Zachary Richard and Roddie Romero & the Hub City All-Stars, along with several special guests. Gates at the park open at 7:30 p.m., and the concert kicks off at 8 p.m., just as ArtWalk is ending. Admission is $5, and food and drinks will also be available for purchase. All admission and concession proceeds go to the American Red Cross' relief efforts for hurricane victims. "We felt compelled to do our part for our state and our fellow citizens," says Buddy Palmer, executive director of the ACA. "We hope to raise at least $15,000."

At Grant Street Dancehall, musicians Chris Breaux and Bennie Hasha got their friends and bands together to follow suit. Their benefit concert is also scheduled for Sept. 10, from noon-midnight, and includes Gin & Tonics as the headliners, Six String Rodeo and J.J. Caillier and Zydeco Knockouts, in addition to local musicians Mike Dean, Lost Bayou Ramblers, Drew Landry & the Dirty Cajuns and Coltrane. Admission is $10, and all proceeds benefit the Red Cross, who will be on site collecting canned and dry goods, school supplies and toys. Hasha's girlfriend, Sharon Miles, is organizing the event. "I'm doing this from my kitchen table," she says. "We started about two days ago, and it grew. Before we knew it, bands were calling saying, 'We want to play.' We just want as many people to come and make as much money for the Red Cross as possible."