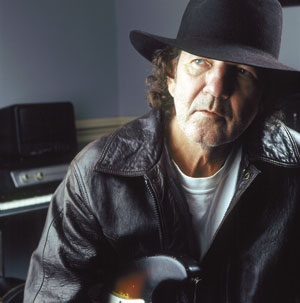 Even if he never recorded another song, 1969's "Polk Salad Annie" assured Tony Joe White a spot in Louisiana music history. With his husky voice and a bluesy bayou groove bringing an unforgettable Louisiana heroine to life, Oak Grove native White burst onto the scene ' helped by his rugged good looks ' like a Louisiana version of Elvis Presley. He made his mark as a songwriter, too, when Brook Benton turned White's "Rainy Night in Georgia" into a soul classic the following year. But White managed to stay below the mainstream radar, as his live shows featuring White's Lightnin' Hopkins-inspired foot-stompin' and country blues fingerpicking don't fit the pop star mold.

White seemed to vanish in the late '80s and '90s, adding to the mystique of his Swamp Fox nickname. But while U.S. fans wondered where he was, Europeans were showering him with praise ' White toured extensively in Europe (often opening for Eric Clapton) and wrote a string of hits for Tina Turner ("Steamy Windows"). He moved to Tennessee and quietly re-emerged in the United States a few years ago, playing occasional shows like roots-music blowout The Ponderosa Stomp and recording the album Heroines with female duet partners like Lucinda Williams, Emmylou Harris and Shelby Lynne.

But White will probably reach a whole new audience with his new album, Uncovered. Some of his biggest fans and friends ' including Clapton and Mark Knopfler ' guest on the album, which features a fresh batch of White's brooding, sultry swamp rock and blues and a new version of "Rainy Night in Georgia." (The White/Knopfler guitar interplay on "Not One Bad Thought" alone makes the album a keeper.) And to kick off a major U.S. tour in support of Uncovered, White headlines Swamp Pop Super Sunday this weekend at Grant Street Dancehall. The Swamp Fox is coming home.