The stars of Mystery Science Theatre 3000 return this Thursday for a one-night-only screening of the zombie cult classic Night of the Living Dead. 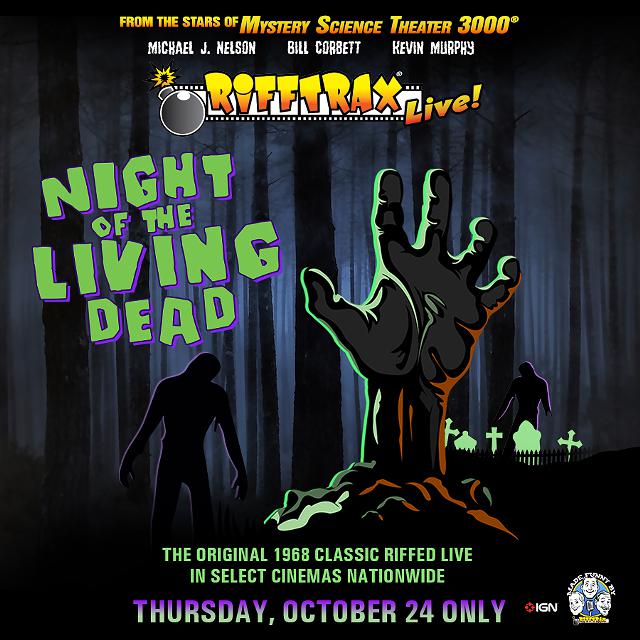 Just in time for Halloween, the stars of Mystery Science Theatre 3000, the comic engine that razed countless B-movies during the 90s, return this Thursday, Oct. 24, for a one-night-only screening of the 1968 zombie cult classic Night of the Living Dead.

Michael J. Nelson, Kevin Murphy and Bill Corbett of RiffTrax.com (the spiritual successor of MST3K) will be broadcasting thier wisecracking comments of George A. Romero's iconic black and white horror film live in select cinemas across the country, with Lafayette's The Grand Theatre 14 being one of them.

RiffTrax Live: Night of the Living Dead will be screening at The Grand 14 - Ambassador, located at 2315 Kaliste Saloom Road, starting at 7 p.m. For ticket information visit TheGrandTheatre.com.