Company's October cut of 42 positions nationwide comes on the heels of two similar announcements this year.

Calling it yet another corporate realignment/restructuring resulting from the changing face of health care, in particular the recently implemented Affordable Care Act, Schumacher Group announced Monday that it is shedding 42 jobs nationwide. Maura Nelson, the company's vice president of marketing and communications, confirms to ABiz that the bulk of those cuts, 31, will hit Lafayette.

This marks the third time in 2013 that the Lafayette-based emergency department staffing and management company has announced a layoff resulting from what it calls "historic changes in the U.S. health care structure that have created new marketplace realities."

"We appreciate the dedicated service of the staff whose jobs we've had to eliminate and regret this decision," Schumacher Group President Gary Keller says in today's announcement. "However, Schumacher Group's core business, emergency medicine, is part of the larger health care industry and experiencing the same constraints and struggles as its client hospitals. ... The Affordable Care Act brings with it the biggest changes in our industry's history."

Keller also cites reductions in hospital reimbursements by Medicare, Medicaid and private insurance companies, all of which affects Schumacher Group's clients. "This past year has seen a significant shift in the way our clients - hospitals - conduct business," says Keller, who also signals that the company may have made it through the roughest patch. "Though 2013 has been challenging, we anticipate more industry stability and improvement next year, especially given the 30 million additional Americans the Affordable Care Act is expected to bring into the system."

Nationwide, Schumacher Group maintains, health care employment has weakened this year. The company notes that the U.S. Bureau of Labor Statistics' late October figures show that U.S. health care employers added only 6,800 jobs in September, down from August's addition of 42,800. The latest government data also reveals hospital hiring has been sluggish this year, Schumacher adds, averaging just fewer than 1,000 a month. For September, the figure was down to 300.

Since its July 2011 agreement with the state, in which it agreed to invest $19 million and create 600 jobs in the Lafayette area over a five-year period in exchange for an incentive package worth up to $9 million, Schumacher Group has added 200 net new hires, tracking to meet its state commitment for 2013. 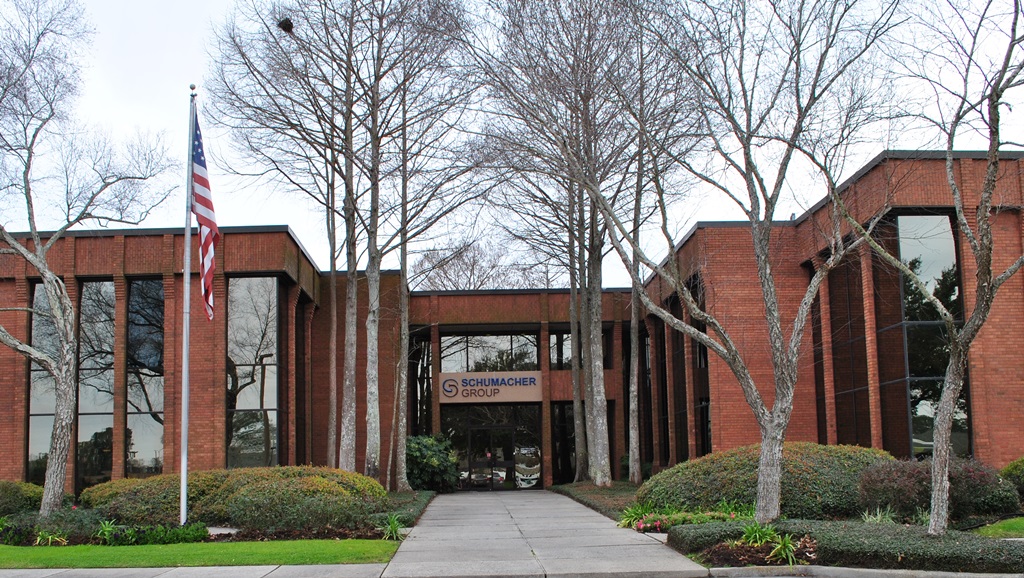 Schumacher Group's national employee base is now 1,814 (605 in-state), supporting 3,000 physicians and midlevel providers and serving 4 million-plus patients in 24 states. This year the company earned a spot on the prestigious Inc. 5000, an annual ranking of the nation's fastest-growing private companies.

Today's announcement brings the company's corporate-wide job eliminations to 115, including 83 in Louisiana. That represents a 5.96 percent reduction in its workforce.

The company says terminated employees will receive a separation package, resource assistance and other support necessary to find employment. They will also be eligible to apply for other open positions with the company as they become available.

Schumacher Group, which ranks second on ABiz's list of the Top 50 Privately Held Companies in Acadiana with $624 million in 2012 revenues (behind Frank's International, which is now publicly held), was founded by Dr. Kip Schumacher in 1994.