Making the most out of a challenging and historic shrimp season. 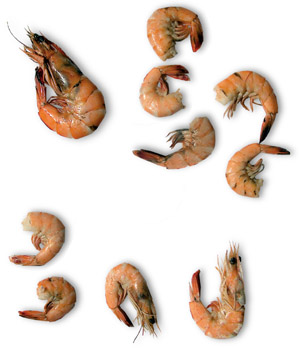 The inland shrimp season from Vermilion Bay to just east of New Orleans opened at high noon May 4. The unseasonably warm weather worrying storm watchers is good news for now to shrimpers, who are catching bumper hauls of shrimp. Captain David Richard was tying up his boat "Our Pride" at the public docks in Delcambre last week. "It's been a good opening," he says. "But the price of shrimp is down, and the price of diesel is up. A lot of us have had to peddle shrimp to make ends meet."

Usually shrimp boats line up to sell their catch to processors in places like Intracoastal City and Delcambre. But damage from Hurricane Rita has shut down many of the plants, leaving shrimpers with fewer markets. Richard says boat captains are willing to cut out the middleman and sell directly to the public, which means fresher, cheaper shrimp for customers. While sizes are mixed, shrimp straight off the boat are currently going for $2 a pound ' well below seafood market prices.

Shrimpers are catching white shrimp in Vermilion Bay. Over in

Usually, hundreds of shrimp boats vie for position on opening day, their nets strung from outriggers like wings hovering above the water. This year, with fewer boats in the water due to Katrina and Rita, those who can trawl for shrimp are doing well. Those without boats will do equally well by heading down to the docks with some cash, an ice chest and a couple of bags of ice. It's a great opportunity to meet the men and women who work the water and are keeping Louisiana's shrimping tradition alive in these trying times.