In the months leading up to his company's bankruptcy, the ostentatious businessman was dropping millions on yet another home.

A Dallas-based website that caters to the "truly real-estate obsessed in Dallas and North Texas" has turned up some pretty interesting info on Lafayette's Mike Moreno: It seems his company's financial troubles didn't halt the boy wonder's personal spending one iota, as Moreno was busy adding to his collection of residences in the months leading up to Sunday's Chapter 11 bankruptcy of Lafayette-based Green Field Energy Services.

Certainly worth noting is what Moody's had to say about Moreno when it downgraded Green Field in September, ahead of the bankruptcy filing: "The company also did not receive the committed preferred stock investment from its owner and CEO (Mr. Michael Moreno, who owns 93% of the company)." 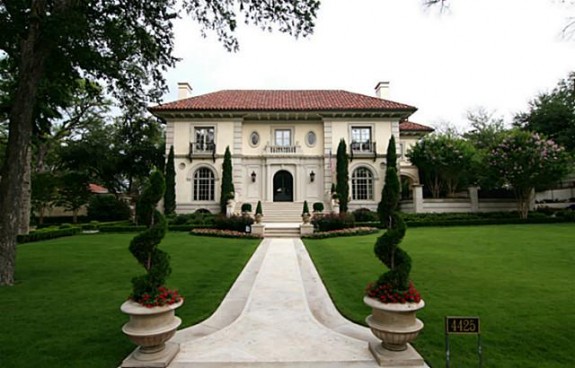 Candysdirt.com reports that in July Moreno purchased the Larry Boerder-designed home of former Dallas Cowboys quarterback Troy Aikman, a home on Highland Drive that listed for $14 million. (Aikman, the site notes, has since gone on to purchase two Dallas mansions.)

The site reports that the Lafayette entrepreneur also made a run at the restaurant business last year, opening JoJo Eating House & Bar in Uptown Dallas. That venture, it seems, did not work out well for 44-year-old Moreno and his chef, Laurent Poupart (who had previously worked as Moreno's private chef). The restaurant, brutally panned by Dallas food reviewer Leslie Brenner, shut down in June:

I could forgive the flabby-skinned rotisserie chicken, the frites that went limp after five minutes on the table, the practically useless iPad wine list - even the chicken liver mousse that had turned bad (no, it shouldn't fizz in the mouth). But the Caesar served with dressing on the side that tasted like Kraft and the fact that they couldn't produce the seafood platters featured so prominently on the menu because they were out of shrimp indicated that in the best case, the restaurant hadn't yet hit its stride.

But that's all old news.

The new news, of course, is the bankruptcy of Green Field, which primarily serves the fracking sector - oh, and that Moreno's horse, Moreno (yes, he named his horse Moreno) is competing in this weekend's $5 million Breeders' Cup Classic in Arcadia, Calif. (Moreno, the man, likes horses more than houses, we think, because he has more of them. He also likes yachts and airplanes.)

With two wins from 14 career starts, Moreno is the least accomplished of the 12 entrants in Saturday's $5 million Classic. However, the 3-year-old Ghostzapper gelding does fit the key profile of a horse heading in the right direction with on-the-board efforts in each of his last five outings.

Unfocused and troubled by soundness issues, Moreno - named for owner Mike Moreno - took 10 tries to break his maiden, winning by 61/4 lengths going a mile at Belmont Park on June 8. Once he got that winning thing down, hints of brilliance followed in the form of a 7-length victory in the Grade II Dwyer Stakes, a third-place finish in the Grade II Jim Dandy and runner-up efforts in the Grade I Travers and Grade II Pennsylvania Derby.

Read more on this intriguing tale from candysdirt.com here (warning: you will see a number of gaudy images).