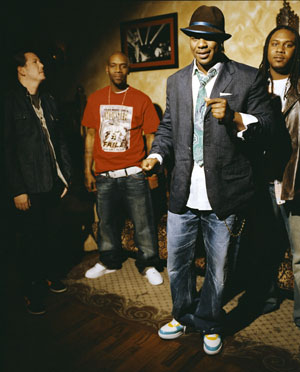 This weekend, La Belle Journee historic festival pays tribute to the Marquis de La Fayette, as part of Lafayette's yearlong celebration of the 250th anniversary of the birth of the Marquis, the fiery Frenchman who fought beside George Washington for freedom from British tyranny during the American Revolution.

In downtown Lafayette, between Parc International and Parc San Souci, from 11 a.m. until 6 p.m. on Saturday and Sunday, there will be live music, children's activities, arts and crafts, and food. Hear music throughout the weekend from BeauSoleil, Roddie Romero & The Hub City Allstars, Renaissance Cadienne, The Lovell Sisters, Lil' Nathan & The Zydeco Big Timers, Dominique Dupuis, the UL Wind Ensemble, and more.

On Sunday night at 5 p.m., Robert Randolph & The Family Band close out the weekend of festivities. Randolph hails from the "sacred steel" tradition of music, a style born in the House of God, Keith Dominion churches. The pedal steel guitar was introduced to congregations as an alternative to the traditional organ and ended up becoming the focal point of the church's praise music.

Randolph was raised in New Jersey in the church and the musical style, the son of a deacon and a minister. At the age of 17, he took up the pedal steel and played in the church. It wasn't until years later, when Randolph discovered guitarist Stevie Ray Vaughan, that he began to take his music in a new direction, into the realm of rock and funk. (He's said that until hearing Vaughan, he wasn't even really aware of secular music.) Randolph has gone onto to play with the likes of the Dirty Dozen Brass Band, John Medeski (of Medeski, Martin and Wood), The North Mississippi Allstars and has opened shows for Eric Clapton and Dave Matthews.

His latest CD, Colorblind, exhibits a hard-charging musical direction that tests the boundaries of his own musical heritage while exploring uncharted territory. On Sunday, see for yourself what all the fuss is about.

Robert Randolph & The Family Band take the stage at Parc International in downtown Lafayette at 5 p.m. on Sunday, Nov. 4. A fireworks display follows the performance. For more information on La Belle Journee Historic Festival and a complete schedule of events, visit www.marquis2007.com.