The Lafayette Parish School Board has developed an unhealthy reliance in on paying for its legal advice, and that advice hasn't come cheap.

Despite having an appointed assistant district attorney from the 15th Judicial District always at its disposal free of charge, the Lafayette Parish School Board has developed an unhealthy reliance in recent months on paying for its legal advice, and naturally, that advice hasn't come cheap.

That affinity for paid legal opinions spiked this year with the rise of animosities between a small cadre of board members and Superintendent Dr. Pat Cooper - essentially a turf war sparked by the state Legislature's passage of Act 1 and its disruption of the old power structure, which ultimately gave superintendents certain powers that were previously held by school boards.

Though the fight against Cooper has begun to dissipate in recent months, the board's affinity for outside legal advice has not. That spike, according to invoices submitted by the Baton Rouge law firm of Hammons, Sills, Adkins & Guice, is mostly attributable to the board's recent attempt to select an administrator for the school system's group health plan. The process has been mishandled and marred by misinformation and widespread suspicions of behind-the-scenes dealings. 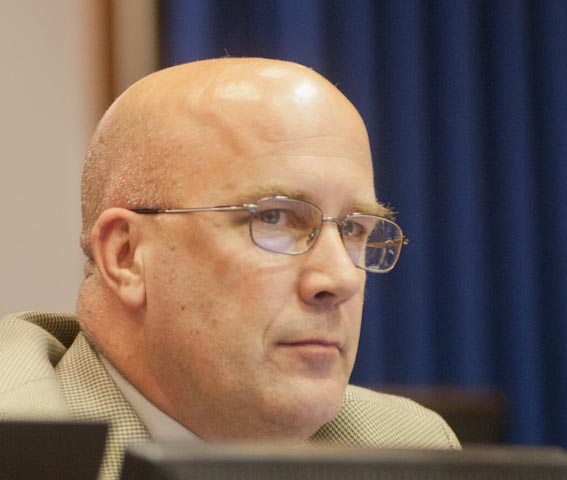 So far this year, the board has racked up about $100,000 worth of invoices for outside legal advice, all from Hammons & Sills. In September, when the selection of the group benefits administrator was in full-swing, the invoices from Hammons & Sills exceeded $9,000, and close to $2,500 of that came from hours billed for questions arising solely from that selection process.

The board is already $30,000 over the amount it allocated in the 2012-13 budget for legal services, and that number could grow exponentially in the coming months, and years for that matter, with the passage of a resolution up for consideration at the board's meeting Wednesday. The resolution was authored by board member Greg Awbrey and calls for an end to the free legal counsel provided by the office of 15th Judicial District Attorney Mike Harson.

Harson, it's worth noting, gave the board a public tongue lashing over its repeated violations of the state's Open Meetings Law during a special meeting  on Oct. 22, which was convened to restart the health plan administrator selection process. Harson's reprimand was soon followed by Awbrey telling local media of his displeasure with the FREE services provided by the board's appointed legal counsel and his desire to terminate that relationship for good. His dissatisfaction stems from ADA Roger Hamilton's opinion that there is no justification for hiring a law firm to investigate the superintendent. In other words, Hamilton says the system should not foot the bill for a witch hunt.

Not so fast, Awbrey: According to state law, and the board's own policy, getting rid of the free legal adviser provided by Harson's office (did we mention it's free?) may not even be possible. While state law does give school boards the option to opt out of the DA's representation, the Lafayette Parish School Board's policy does not.

That policy traces back to 1975, with the board's passage of policy BBE (Legal Services). It reads: "The office of the District Attorney shall act as counsel for the Board and the Lafayette Parish School District. Upon the advice of the Assistant District Attorney assigned to the Board, special counsel will be employed."

Based on our reading of the above policy it seems a recommendation from the board's appointed ADA is a requirement for the board to pursue (and pay for) legal advice from an outside firm.

In September 1993, the board passed policy BDBA ("Attorney Involvement"), which further expounds on the procedure to be followed for obtaining outside counsel. It states that "the Superintendent and Board President be authorized to request opinions of the Attorney General through the School Board Attorney whenever such requests are in the best interests of the Board to clarify policies and procedures for the operation of the school district. The Superintendent, Board President and the School Board Attorney are authorized to consult with the District Attorney when necessary for the preparation of requests for opinions."

The board's penchant for paid legal advice is a relatively new development, but one that isn't necessarily confined solely to the legal arena. Case in point: the board's decision to hire a consultant to oversee its selection of an administrator for the school system's health plan.

Traditionally, the board's selection of a health plan administrator - a contract held for the last 17 years by Blue Cross and Blue Shield of Louisiana - has been based on a recommendation made by the central office staff and an insurance committee comprised of existing and retired workers representing the various employment sectors within the school system. The board broke with that tradition with the conclusion of last year's selection - a process similarly marred by board member Tehmi Chassion's unethical attempt to bolster the financial and business interests of his half-brother with an unsuccessful push to hire Southern Benefit Services.

Spearheaded this time around by board member Hunter Beasley - another vocal advocate for Chassion's Southern Benefits - the board, after a last-minute change of heart resulting in the contract staying with Blue Cross, went ahead with Beasley's idea to hire a consultant.

Beasley handled the issuance of RFPs; of the 14 proposals received, four finalists were brought up for consideration by the board, resulting in the selection of Rina Tikia out of Metairie. Similar to the board's developing preference for outside legal advice, this year's hiring of an insurance consultant appears to be another indication of a developing trend among the board: Paying for services that should be free.

One major mess-up with Beasley's push to hire this year's insurance consultant is that no contract with Tikia was ever hammered down or approved by the board, which the superintendent says is problematic. Tikia has submitted two proposed contracts to the school system. But her proposed fee spiked considerably from the first proposal (submitted Sept. 18) and the follow up (submitted Oct. 11), going from about $100,000 to $200,000.

Based on the free advice offered by the board's appointed counsel, neither of those contract proposals should be considered, especially now that the board has decided to start over next year after so many issues arose as a result of Tikia's mishandling of the RFP process.

"[Tikia] did send two proposed contracts, but we talked to [board attorney and ADA] Roger Hamilton and he says the best way to handle it is let her attorney send a demand letter to the board," says Cooper. "We want that demand letter to go to the board since they're the ones who started all that."