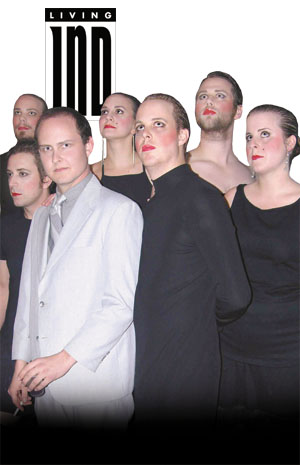 When the alternative rock band Urbosleeks relocated from Lafayette to Athens, Ga., three years ago, Matt Roberts says it felt like a low point in the local indie music scene.

"The shows started dwindling, and the scene was kind of going to the dogs," says Roberts, whose band Matt Rock & the PowerBoxx formed in early 2004. "Right around two years ago it started to get to where there were shows coming up again every night. And it was music that was interesting and different and not just an imitation of what you might hear on [local rock radio station] 96.5. It bred a nice environment for bands to grow."

Now hitting its stride, the PowerBoxx just played its first anniversary gig at Club Renaissance for the Fourth of July Indie-Pen-dance Fest. The group returns to Renaissance this Saturday to host a CD-release party for its debut album, Hang Out Now.

The album, like the group itself, is an ambitious homegrown project. The band poured all of its gig money (roughly $2,000) from the past year into making the CD. A "100 percent independently and locally produced" project, Hang Out Now was recorded over three weeks at Lafayette's LEAP studios. The band even squeezed out enough money to hire noted local design firm BBR Creative for the CD packaging.

"Nobody in the band gets paid," notes Roberts, who says gig earnings are going toward financing a second album.

Frontman Roberts, aka Matt Rock, is one of eight members in the PowerBoxx, which also features three backup vocalists and a keyboardist, bassist, drummer and lead guitarist. The songs maintain a raw edge even while incorporating bubblegum pop influences reminiscent of '80s-era Huey Lewis and the News. Roberts' voice sounds like a cross between Elvis Costello and Mick Jagger belting out harmonies over his guitar-driven tunes.

The PowerBoxx is known for its theatrical stage presence. The band picks a theme for each show, and its attire has paid homage to everyone from lumberjacks to '80s pop icon Robert Palmer, whose "Addicted to Love" video was the inspiration for the above picture. The theme of its CD-release party is a secret until the band hits the stage.

Matt Rock and the PowerBoxx plays Renaissance Nightclub (425 Jefferson St., 267-7404) on Friday, July 8. Showtime is 9 p.m., and Frames of Reference and the Rah Rahs open.