The lawsuits allege a variety of environmental law violations, including operating unpermitted waste pits and the dredging of canals without proper permits. 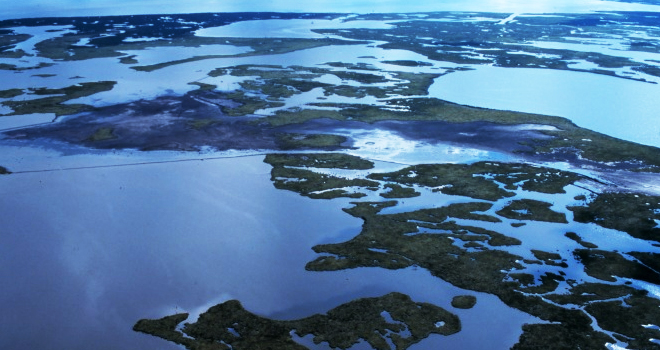 The lawsuits - 21 in Plaquemines, seven in Jefferson - allege a variety of environmental law violations, including operating unpermitted waste pits and the dredging of canals without proper permits and without using techniques aimed at preventing erosion and encroachment of salt water from the Gulf of Mexico.

"These suits are more of the same," Briggs said in a news release. "Extort as much money from the oil and gas industry as possible, thus lining the pockets of a small group of trial lawyers."

The suits come months after a south Louisiana flood-control board filed its own lawsuit, now in federal court, over alleged wetlands loss caused by oil, gas and pipeline companies. That suit also was criticized by industry leaders and by Gov. Bobby Jindal and his top coastal official, Garret Graves.

Graves was more tempered in his reaction to the latest suits.

"Businesses should be operating in compliance with existing regulations," Graves said Tuesday evening. "We have asked the Department of Natural Resources to review the lawsuits and the permits in question."

Earlier this year, the Southeast Louisiana Flood Protection Authority-East filed a lawsuit against more than 90 oil, gas and pipeline companies. It alleges that oil and gas activity in the wetlands is a major contributor to the loss of thousands of acres of coastal land that serve as a natural buffer against flooding from hurricanes. Corrosive salt water from a network of oil and gas access and pipeline canals has killed vegetation and swept away vast amounts of soil, the suit claims.

Jindal blasted the lawsuit and refused to reappoint two of the protection authority's board members who supported it. One of them, historian and author John Barry, had been the authority's main spokesman for the suit.

Graves said that suit interfered with the state's own comprehensive effort to fight coastal erosion. He noted several differences between the flood authority's effort and the lawsuits filed by the parishes. Among them: "There is no contingency contract that attempts to divert billions of dollars in public funds that otherwise could be used for restoration to enrich trial lawyers."

Graves had made similar statements when asked about the possibility local parishes might file such lawsuits.

Barry said this week that the lawyers working for the parishes would also get a high percentage of any award, just as Gladstone Jones, the attorney for the protection authority's case, would get.