He is known to be quite the salesman - but whether he delivers on those promises is a different story entirely.

In October 2011 Mike Moreno told ABiz he was living in Dallas temporarily to raise $300 million for Green Field Energy Services, a company that was providing hydraulic fracturing services to the oil and gas industry. (The main purpose of Moreno's call was to deny an ABiz story indicating he was no longer involved in the day-to-day operations of Moreno Group.) 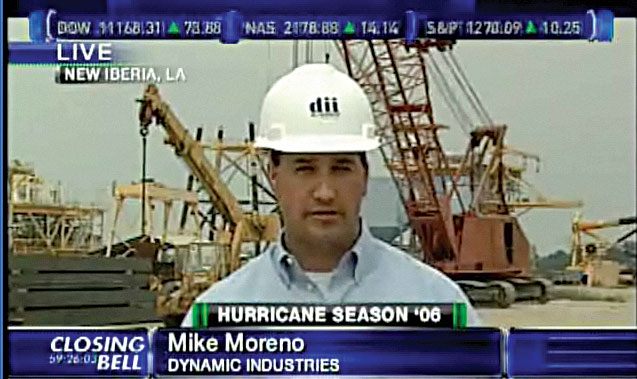 Like he's done many times before, the Cuban-born businessman - who grew up in Morgan City and earned an MBA from UL Lafayette - raised the money, and for a time Green Field looked like it would be another big hit. In fact, in a glowing story in The Daily Advertiser, published in July of this year, the Lafayette-based company boasted that it was talking to about a dozen companies interested in doing business with it - with Green Field's vice president of sales noting how difficult it would be to grow that fast.

Less than two months later, on Sept. 9, there was a clear sign the ostentatious entrepreneur's Green Field Energy Services, the first company to run its hydraulic fracturing equipment on natural gas, was in trouble:

The downgrade was in part prompted by Green Field defaulting on an $80 million loan from Shell, but most troubling in the Moody's downgrade was what it had to say about Moreno:

The company also did not receive the committed preferred stock investment from its owner and CEO (Mr. Michael [sic] Moreno, who owns 93% of the company).

The company has weak liquidity. Cash and cash flow are insufficient to fund sizable obligations relating to its interest expense, mandatory debt amortization and capital expenditures. In the absence of new equity investment from existing or new capital providers, Green Field has significant "going concern" issues.

Then, in October, Green Field defaulted on a $250 million loan from Wilmington Trust.

By late October there was no denying the company was in serious trouble. On Oct. 27 Moreno's Green Field (Billy Rucks and Kevin Moody are minor investors, according to Green Field's annual report) filed for protection under Chapter 11 of the U.S. Bankruptcy Code, hoping to reorganize its approximately $500 million in outstanding debt - about the same amount it lists in assets.

This time the man with the Midas touch, whose business deals almost always seem to end up in a heated court battle, might need to pull a rabbit out of his hat to get this venture out of bankruptcy.

Moreno, who is in his mid-40s, serves as chairman and CEO of the private company, having led the group that purchased Lafayette businessman John Egle's Hub City Industries in mid-2011, changing its name to Green Field - which was soon boasting that it was years ahead of its competition in the use of natural gas to run its hydraulic fracturing equipment (claiming it could even pipe the hydrocarbon directly from the wellhead). The company also offers cementing, coiled tubing, pressure pumping, acidizing and other pumping services. Its major competitors are the big boys of the oilfield services industry, Halliburton, Schlumberger and Baker Hughes.

It now appears that the high-flying entrepreneur behind The Moreno Group - Dynamic Industries, ARC Industries, Southern Steel & Supply, and Industrial Solutions Group - was off in his timing. (According to his Green Field bio, Moreno has not been involved in the management of Moreno Group since July 2012, though he retains a seat on its board.)

Green Field President Rick Fontova told the Houston Chronicle that the company started offering its fracturing services at a time when competitors were expanding and other companies were entering the market, creating an immediate glut in equipment. "Back in 2011 in this market, the demand far exceeded the supply and margins were much higher, which was how we entered the market," Fontova told the newspaper. "But very quickly the conditions changed to where there was an oversupply."

Green Field's response was to dramatically increase its fleet of fracturing pumps, which mine natural gas, from eight in 2011 to 65 today. All the while, natural gas prices were starting to bottom out, causing a slowdown in hydraulic fracturing. 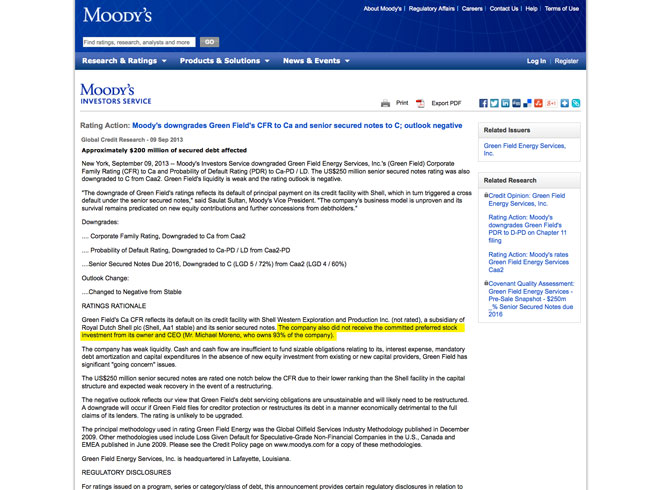 On Sept. 9, about two months before Green Field Energy Services filed for Chapter 11 bankruptcy protection, Moody's Investors Service downgraded the company, noting: "The company also did not receive the committed preferred stock investment from its owner and CEO (Mr. Michael [sic] Moreno, who owns 93% of the company)."

The company's big break - or so it seemed at the time - came in 2012 when it signed a long-term contract with Royal Dutch Shell.

In May 2012 Green Field announced that it had inked the deal with Shell to begin offering hydraulic fracturing services. "We are pleased to announce that we have moved beyond the manufacturing phase and into operational mode," Moreno said in the announcement. "We have commenced hydraulic fracturing operations with Shell in the United States. Shell is utilizing Green Field's unique and proprietary clean turbine pumping technology, which offers significant environmental and efficiency advantages over pumps powered by traditional diesel engines."

Shell went on to become Green Field's top customer, accounting for nearly 80 percent of its $145 million in 2012 revenue, according to public documents.

Court records indicate the company hasn't turned a profit in four of the past five years, but the loss of Shell's business in August of this year was apparently too much to overcome. The Wall Street Journal reports that as of its Chapter 11 filing in Wilmington, Del., Green Field had $255.9 million in bond debt, an $80 million credit facility owed to Shell and $98.6 million in trade debt. The national newspaper points out that Green Field argues in court documents that Shell failed to perfect liens securing this debt, which the WSJ believes is a hint that a potential court fight could be in the making.
Green Field lost $74.6 million last year and $81.4 million so far this year.

It's unclear how many of Green Field's 355 people at 14 facilities throughout Texas and Louisiana have been laid off. A source with information about its local operations told ABiz in late October that about half of the roughly 40 office staffers in Lafayette had already lost their jobs. The company's Lafayette office is located at 4023 Ambassador Caffery Parkway.

The Houston Chronicle noted that Moreno also holds stakes in several companies that do business with Green Field, including (and not surprisingly) some on the company's list of top creditors.

Green Field secured $30 million in bankruptcy financing from GB Credit Partners LLC and ICON Capital LLC to keep the business operating as it restructures. GB Credit Partners said in a prepared statement that the financing will be used to fund essential expenses during the bankruptcy process, noting that the loan is secured by super priority lien in all of Green Field Energy Services' assets.

A voice message left with Fontova was not returned.

A Dallas-based website that caters to the "truly real-estate obsessed in Dallas and North Texas" has turned up some pretty interesting info on Lafayette's Mike Moreno: It seems his company's financial troubles didn't halt the boy wonder's personal spending one iota, as Moreno was busy adding to his collection of residences in the months leading up to the Chapter 11 bankruptcy of Green Field Energy Services. 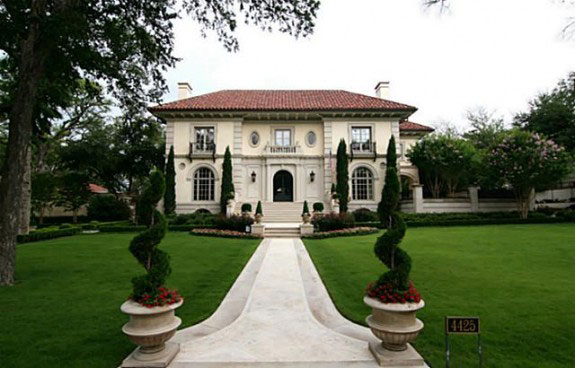 A Dallas-based real estate website reports that in July Lafayette businessman Mike Moreno purchased this home (which listed for $14 million) from former Dallas Cowboys QB Troy Aikman, adding to his collection of residences that includes a Worth Avenue mansion in River Ranch.

Candysdirt.com reports that in July Moreno purchased the Larry Boerder-designed home of former Dallas Cowboys quarterback Troy Aikman, a home on Highland Drive that listed for $14 million. (Aikman, the site notes, has since gone on to purchase two Dallas mansions.) 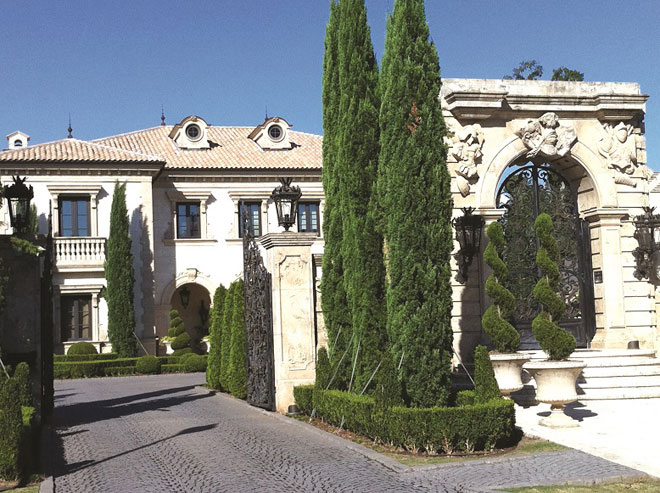 The site reports that the local entrepreneur also made a run at the restaurant business last year, opening JoJo Eating House & Bar in Uptown Dallas. That venture, it seems, did not work out well for Moreno and his chef, Laurent Poupart (who had previously worked as Moreno's private chef).