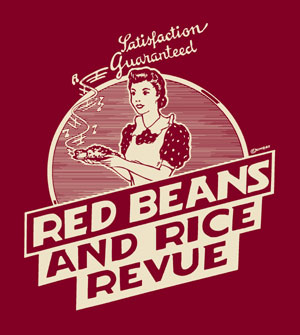 This Saturday, Dec. 17, Robbie Bush and his fellow Rimrock members Mark MacDiarmid, Dave McBane, Mike Schwartz and Dave Bias will take the stage at Grant Street Dancehall for the first time in more than 20 years, playing their Urban Cowboy-inspired honky-tonk country music in support of the Dr. Tommy Comeaux Memorial Fund for Traditional Music at UL Lafayette. The late Grammy-nominated musician and local pathologist Comeaux played with most musicians in Lafayette, including the members of Rimrock.

"We decided to unite for Medicine Show as we all knew and played some with Tommy, plus it was 25 years ago that this [Rimrock] craze started," says Bush. At the time, a saloon in Lafayette was named after the band and the "Boot Scooters," a Texas dancing group, made appropriate groupies. "When Rimrock started, it was at the end of the disco craze," says Bush. "One of the bands that existed before Rimrock, with Mark MacDiarmid, was The Disco Haters. That morphed into Rimrock as Urban Cowboy came out. The music scene in Lafayette had very few places for live bands in the late '70s because of discos and the rise of the DJ."

Started in 1996, the annual Medicine Show has made a name for itself in Lafayette's musical history, and this year's lineup also features a historic reunion of Lafayette R&B and blue-eyed soul ensemble The Red Beans and Rice Revue (whose classic logo is pictured above), The Traiteurs, Susan Cowsill Band and a special collaborative performance by Sonny Landreth and Maestro Mariusz Smolij with the Acadiana Symphony Orchestra. The proceeds go toward reaching a goal of $1 million for the Comeaux memorial fund, currently at $700,000.