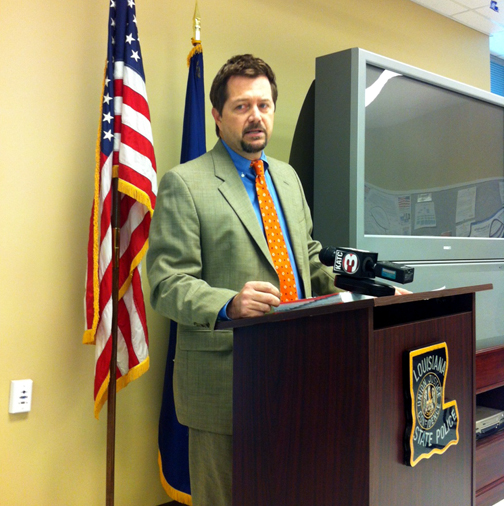 Several Lafayette bars are facing suspension or "probable" revocation of their liquor licenses following a three-month undercover operation by the state office of Alcohol & Tobacco Control. Most of those in ATC's crosshairs were allegedly caught selling alcohol to minors.

ATC Commissioner Troy Hebert, a former state senator from Iberia Parish, summoned bar owners to the Louisiana State Police Troop I headquarters in Lafayette Monday morning to review the results of the operation and to offer the merchants tips on better policing their establishments.

"Obviously ATC has gotten very involved with the Lafayette area because of certain things that have been happening - a little bit more than I think is healthy for the industry," Hebert told the more than two dozen bar owners and managers, most of whom represent bars and nightclubs downtown and at the McKinley Street Strip. "I don't suggest that everybody in this room are bad businesses; I'm going to suggest that there are some that are much better than others."

Early in the meeting Hebert recognized with award certificates more than a half dozen bars that accrued no violations during the 90-day operation: Shakers, Legends, Legends Annex, Marley's, Artmosphere, Loose Caboose, Jefferson Street Pub, The Bulldog and City Bar.

Telling the owners that an "alcohol permit is a privilege, it's not a right, and I want you to remember that," Hebert laid out the violations uncovered during the operation. Bars, nightclubs and restaurants with violations were the Arcadian (four violations), Bed Niteclub (five), Bootleggers (one), Jefferson Street Green Room (four), Fame (two), Frankie's (one), Heat (two), The Keg (four), Karma Nightclub & Lounge (four), Nite Town (one), The Office Bar (three), Prime (one), The Rabbit Hole (four), Scotty's Ice House (two), Tsunami Sushi (one) and Tuffy's Quick Stop 2 (one).

Hebert added that ATC under his commisionership has become much more active in policing businesses that sell alcohol. "I always like to say if you go in the woods and turn over 10 rocks you'll find two snakes; if you turn over 100 rocks you're gonna find 20 snakes. We turned over a lot of rocks." 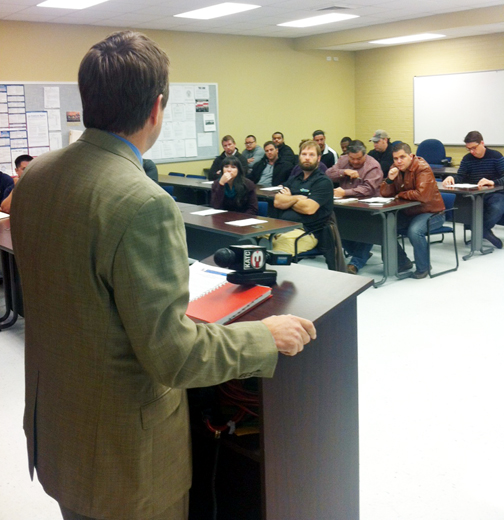 Hebert also said during the meeting that bars that had three or more charges against them "face probable revocation." For the remainder, penalties can range from a $500 fine to a temporary suspension of liquor licenses. But for those with multiple violations, he said, "You're going to have a lot of explaining to do if you want to keep your permit." Hebert added that some clubs might be offered the option of entering into a consent agreement with ATC in which the bars agree to institute certain measures to ensure they comply with state law in the future. This could range from additional training for staff to installing camera systems or using driver's license scanners at their entrances.

Hebert also warned the owners that ATC plans to conduct raids at clubs where narcotics use - mainly smoking marijuana - is suspected. "There's nothing that kills a good buzz better than turning on the lights," the commissioner said, adding that he could also opt to issue emergency suspensions in some cases, which allows for the seizure of an establishment's liquor license before due process - AKA a hearing in Baton Rouge - has occurred.

The club owners facing penalties will be summoned to ATC's office in Baton Rouge within the next 60 days for hearings before Hebert.

Berry Moody, owner of Artmosphere on Johnston Street downtown, said after the meeting she had no idea what to expect Monday morning and was nervous about the meeting. Artmosphere was one of the clubs commended by Hebert for having no violations during the sting operation. "I always try to run a really, really tight ship," she said. "We try to be a peaceful, wholesome, compliant, responsible place."