Latiolais, 48, was arrested Friday by the Iberia Parish Sheriff's Office following a tip that she'd molested a 15-year-old male student about 10 years ago. The "sexual encounters," according to an IPSO press release, occurred over several years during her tenure at the school.

On Monday, the Law Office of L. Clayton Burgess issued a press release stating it was representing Latiolais' male victim, who plans to file a civil lawsuit against the former teacher, Catholic High of New Iberia and the Diocese of Lafayette.

In a press conference held Monday afternoon at Burgess' office in Downtown Lafayette, Phillip LeBourgeois, 25, claimed that Latiolais molested him when he was a minor at Catholic High School.

The ongoing victimization has impacted my life and that of my family in ways that are truly unspeakable. It is a breach of trust when adults in an authoritative role, such as that of [Latiolais] at Catholic High School, prey upon children, use their position to manipulate, avoid detection and victimize children.

I hope all organizations and schools that are vested with the responsibility of children, including Catholic High School, examine their reporting procedures locally and nationally. I encourage them to develop means in which parents and children are allowed to anonymously report misconduct.

There seems to be a disturbing trend in the number of sexual misconduct incidents between teachers and students. These incidents are not confined to male perpetrators. In my situation in particular I was victimized by a female. Regardless of the gender of the victim or the perpetrator every situation is painful and tragic. 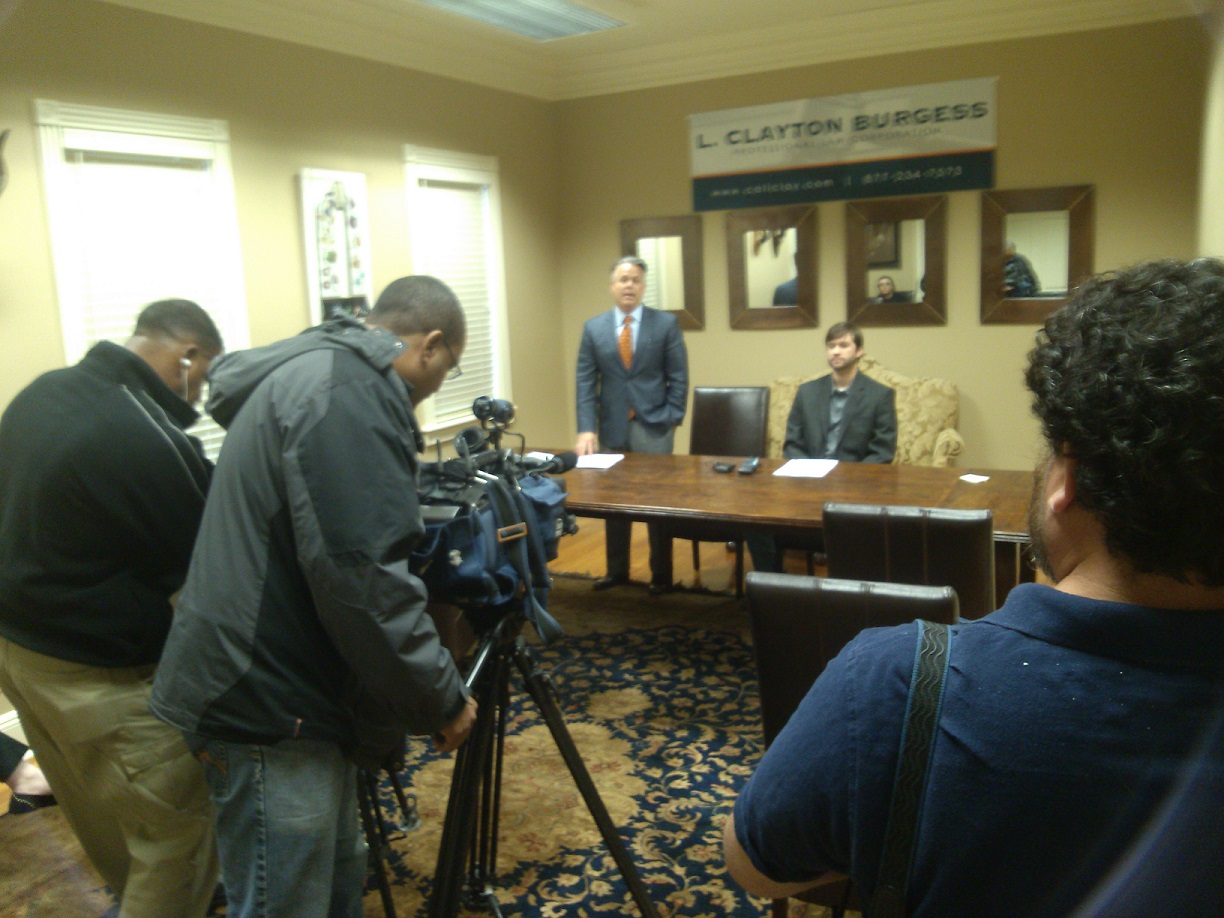 "The first step is a big step, and the hope is every day is a little better than the last," says Burgess, who fielded the media's questions following LeBourgois' statement.