After 40 years without a bowl, Cajuns fans' joy with returning to the only bowl they've ever known is like marrying the only person you've ever kissed.

Ok, I get it. I've suffered through enough legislative sessions to know when the fix is in.

"Word on the street" starts the mojo, people start talking how great it'll be, and then, finally, a nicely planted news story about much money is to be made. Even those not blessed to be Louisiana voters are getting it, all bowl projections agree: UL is going to the New Orleans Bowl.

This will be the Ragin' Cajuns third straight appearance in the Superdome's bowl game. After 40 years without a bowl, Cajuns fans' joy with returning to the only bowl they've ever known is like marrying the only person you've ever kissed. Nothing wrong with that unless you're puckering up to kiss Tulane. The infamous "bowl-tie-ins" made things a lot easier for bowl selection committees (if they still exist), athletic directors and bowl predictors.

All you do is plug in the appropriate conference and the corresponding choice from that conference, and bingo you have an arranged marriage like UL-Tulane. The R+L Carriers New Orleans Bowl has the No. 1 choice from the Sun Belt and the sixth choice from Conference USA. These are the possible C-USA choices before #6 Tulane: East Carolina (Cajuns done that), Marshall, Middle Tennessee, Rice and North Texas. 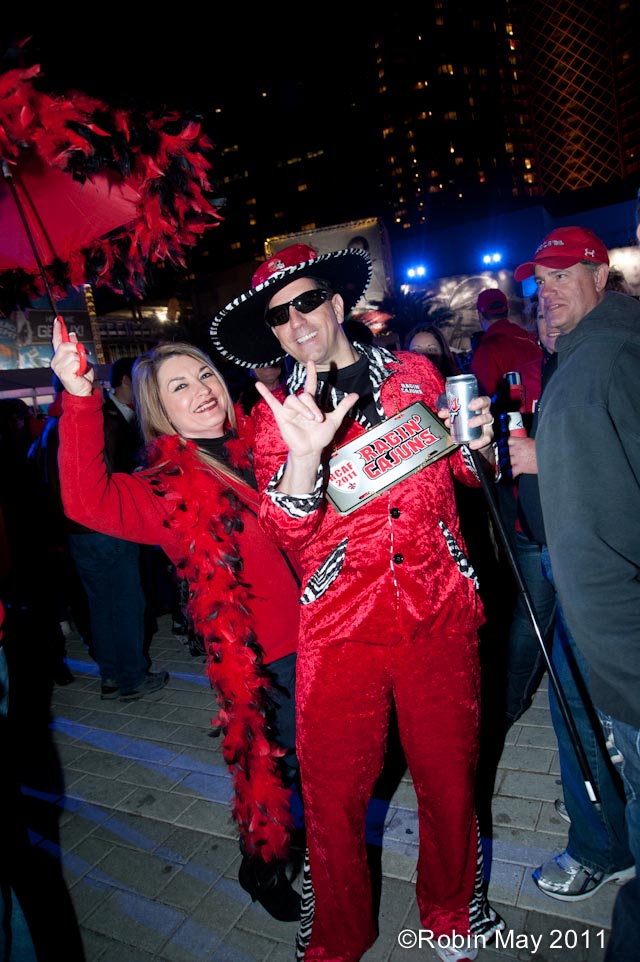 Cajun fans love, love, love the New Orleans Bowl, but this year the program should look for the best competition - wherever that might be.

To clarify, the Cajun football team and coaches deserve better. Contrary to what many have said, a bowl game is a reward for the team, not the fans. Cajun fans have already received their just desserts many times over. A current eight-game winning streak, blossoming stars on offense and defense, exciting games and most of all a stirring rebound from two haunting early season defeats. If that isn't enough, indoor game seating and a walk down Bourbon Street won't help. And enough about how Cajun fans travel. Everybody travels to New Orleans. Everybody but Arkansas State, that is. Despite winning the Sun Belt the past two seasons, ASU has been banished to Mobile and the GoDaddy.com Bowl. More like thrown in the briar patch. In 2011 ASU lost to Northern Illinois, which went to the Orange Bowl the next year and last year it beat Kent State, at the time ranked #25.

UL should look for a game, wherever (realistically New Orleans, Mobile, and Shreveport are the only possibilities) it's played, against the best team available. Bowls, besides rewarding players with a challenge, also are about building the program. Both ASU and Western Kentucky are projected to realize their postseason potential far more than UL. Bowl projections have them either in Mobile playing Northern Illinois (if it's not the BCS-buster), Bowling Green, or Buffalo (both at least eight-win teams); or in Shreveport against Georgia Tech or Boston College (ACC tie-in). Any of their possible opponents has a higher profile and a better record than the Green Wave.

And don't tell me the bowls' hands are tied or that UL doesn't have some leverage. Deals can be made. I've lived through too many legislative sessions not to know better.