Erica Geoffroy has joined Allison Marine Holdings as marketing director, a newly created position. A recipient of the Weatherford Undergraduate Scholarship, Geoffroy earned a bachelor's degree in marketing this year from UL Lafayette's Marketing Department, which has recently received national accolades for teaching and student sales competitions. The Lafayette native is in charge of Allison Marine's domestic and international marketing management and strategy and sales management.

"Allison [Marine] has built a strong reputation for quality of service, but we have been weak at marketing that reputation to the world," Allison Marine founder and Chairman Steve Orlando said in announcing the hire. "I wanted everyone to know that our team is different in a way that we are fast, focused, flexible and friendly."

Headquartered in Lafayette, the company provides lifecycle services for production platforms in the Gulf of Mexico and internationally. Allison competes in the highly fragmented offshore services segment of the global oil and gas industry, offering services that include new platform design, platform refurbishment, marine outfitting, platform repair and maintenance, decommissioning, and well plugging and abandonment. 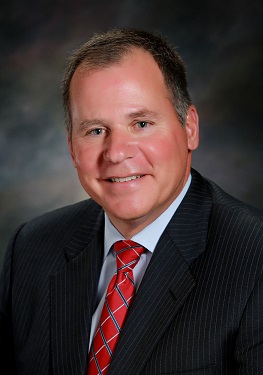 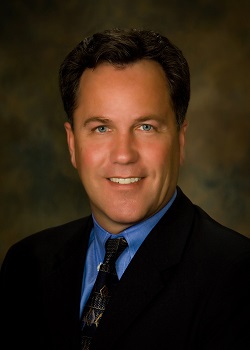 Ridley joins Home Bank with more than 20 years of banking industry experience, most of which was with Capital One/Hibernia, where he led high-performance teams of commercial and retail bankers across Louisiana, including the markets served by Home Bank. He has a finance degree from UNO and is a graduate of the Southwest Graduate School of Banking at Southern Methodist University. An active member of the community, Ridley has served many non-profit organizations through board of director service, including the Istrouma Area Council of the Boy Scouts of America, Teach for America - South Louisiana and Junior Achievement of Greater Baton Rouge and Acadiana (former board chairman). He also was a founding board member of the Greater Baton Rouge Community Clinic.

Guidry has served as the bank's chief lending officer since 1993, playing a key role in the development of Home Bank's credit culture, expansion into new markets and employee recruitment. His focus as chief credit officer will be on enhancing commercial and retail credit underwriting, analysis and monitoring across the organization. He will continue to be responsible for the mortgage lending, retail brokerage and special assets functions of the company. Guidry has a bachelor's degree in finance and a master's degree in business administration from UL Lafayette. He has served as president of the UL Alumni Association and is a member of the Development Committee of Habitat for Humanity (Lafayette).