Doc Aleicia Donald dresses up on her down time.

Doc Aleicia Donald dresses up on her down time. By Amanda Bedgood 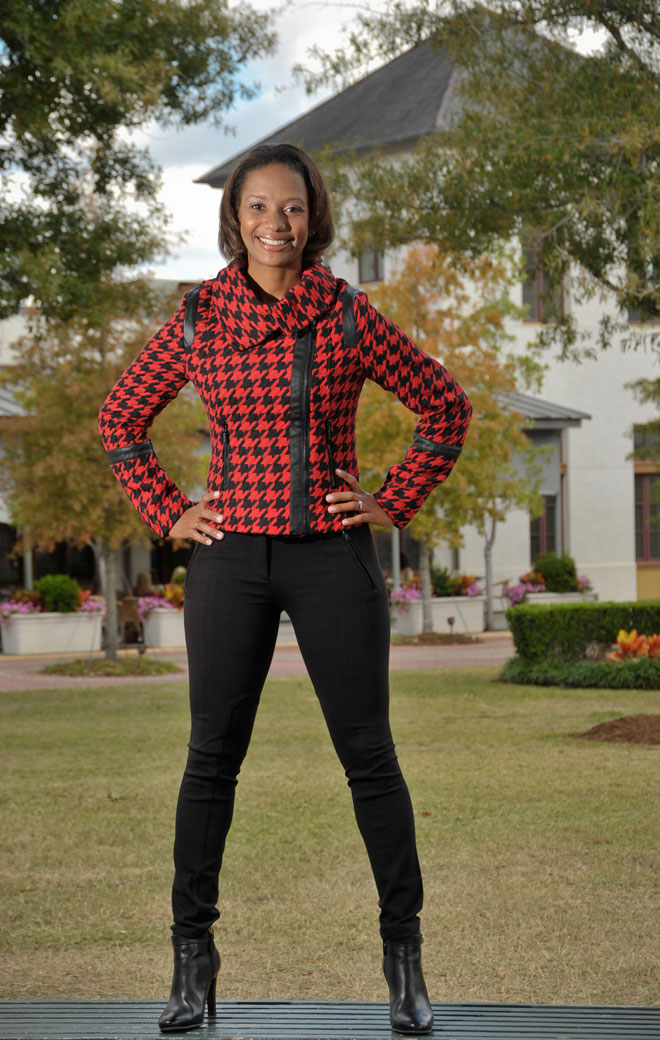 Aleicia Donald knows how to dress. She has that innate sense of style that few possess. It's a way of choosing clothes that are refined in some ways, on trend in others and always chic.

The busy mother of two toddler girls and an anesthesiologist, Donald has a kind of Jackie-O approach to dressing. It's not that she harkens to that era for inspiration. It's more that she has a way of marrying class and innovation. The first time I saw her she was wearing a vibrant summer dress that, despite its vivid hue, still didn't outshine the woman. Donald wears the clothes - the clothes don't wear her. It's a feat she accomplished again at the Black and White Gala where her husband, Dr. Chancellor Donald, was honored. She wore a stunning black and white dress that was elegant, modern and timeless.

"I like classic things," she says pointing to Old Hollywood standbys like Lena Horn and Ava Gardner. "I like style that's classic, but updated and modern."

It's certainly a combination she pulled together for her IND Style shoot. With a red and black herringbone jacket and sleek pants, she wore classic black Tory Burch booties and an effortless smile.

She may spend most of her days in scrubs or jeans, but it's clear when it's time to dress - her look is just what the doctor ordered.