The Ind's picks for the can't-miss sets of Festivals Acadiens 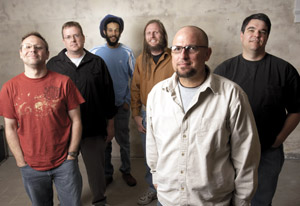 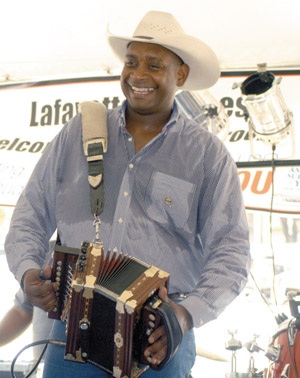 Tribute to Cajun Music Revisited
1 p.m. Saturday, Oct. 14, Louisiana Folk Roots Tent
In 1976, the Tribute to Cajun Music moved from its indoor digs to where it belongs: outside, basking in south Louisiana's natural beauty. This 1976 Revisited event looks back on that first outdoor weekend with memories, thoughts and recollections of musicians (Robert Jardell, Paul Daigle and Jesse Legé) and folklorist Barry Ancelet, who were all there for the event, a critical part of the Cajun renaissance.

Bonsoir, Catin
2 p.m. Saturday, Oct. 14, Main Stage
When Bonsoir, Catin first started, accordionist and vocalist Kristie Guillory noted that the all-female group wouldn't be dainty. (It now features Jude Veillon on drums in addition to the powerful lineup of Christine Balfa, Yvette Landry, Anya Burgess and Guillory.) The ensemble's debut record, Blues A Catin, is hard living, hard drinking and hard luck music at its hurting best. A raspy Guillory starts things off with the title track, a Bonsoir original about being on the run after shooting a man for a nickel. Judging from its drinking songs ("Paul Daigle Sur Le Jukebox," "A Baby Again," "Je Suis Saoul Encore," "La Bouteille"), the ladies can out-drink any of the Cajun Boys Club under the table. When Balfa chimes in with her heartbroken best, "Rêve de Saoulard," it's the deeply emotional style of her heritage.

BeauSoleil
4:30 p.m., Saturday Oct. 14, Main Stage
The year 1976 was huge for BeauSoleil. Though only in its infancy, the band played France's Louisiane Bien-Aimée, an American bicentennial exhibition, and the National Folk Festival. The year also saw the band play its first Tribute to Cajun Music. The road gigs set the stage for the its wide appeal and acclaim, but Girard Park is where many locals first discovered and embraced the venerable Cajun band. This year's festival is dedicated to the band and all those who have played in it through the years. During its set, past BeauSoleil members will return for guest spots. On the heels of its latest CD, Live in Louisiana, this is the second local show featuring Mitch Reed on fiddle and bass. In its native environment under the oaks of Girard Park, a free BeauSoleil show with no fire-code limits is a thing of beauty.

Geno Delafose
4:45 p.m. Saturday, Oct. 14, Heritage Stage
Festivals Acadiens is known for its proud display of Cajun music, but the Tribute to the Music, which preceded Festivals Acadiens, wisely included seminal zydeco musicians. This year carries on the tradition of booking top-notch zydeco artists, with sets by powerhouse zydeco bands and Creole bands. One performer who's kept his music the way it was handed down to him is Geno Delafose; the son of legendary John Delafose still sings in Creole French, and his pre-contemporary zydeco style packs dancehalls.

Bluerunners
6 p.m. Saturday, Oct. 14, Heritage Stage
In celebration of their brand-new live CD, Live at the Triple Door, Bluerunners members tear up the town during Festivals Acadiens weekend, gigging at the Blue Moon, Grant Street and Festivals. What you hear on the record is what you'll hear around town this weekend: a sweaty blend of Cajun and zydeco influences with heaping doses of originality. It starts off with the jaunty "So Long Ago" and "On and On," then breaks into the tension-building transition of "Nonc Tete Dure" to "Grand Chenier." The record spans the band's catalog, digging songs out from the Bluerunners' early days and following the band members all the way through to their latest release, Honey Slides. And for sheer energy, check out the "Louisiana 2-Step/Shake It Don't Break It" Clifton Chenier medley.

Jimmy Breaux
11:15 a.m. Sunday, Oct. 15
A member of BeauSoleil since 1984, fourth-generation musician Jimmy Breaux has run the roads and made many musical friends. In the early 1990s the acclaimed accordionist stepped out on his own, releasing Un 'Tit Peu Plus Cajun. He'd strike again with Le Chemin Que T'as Pris, winning best album of 1997 from Le Cajun Music Awards. At this set, he's joined by friends, a cast that's likely to include many noted performers.

Balfa Toujours
3:45 p.m. Sunday, Oct. 15, Heritage Stage
Balfa Toujours carries on the tradition of seminal Cajun band The Balfa Brothers. Along with helping introduce Cajun music into a world-wide audience, The Brothers also played the first Tribute to Cajun Music. Christine Balfa, daughter of late great fiddler Dewey, teams with her husband Dirk Powell (a sought-after musician and producer who worked on the Cold Mountain soundtrack), Kevin Wimmer (a fiddle powerhouse) and Courtney Granger (the Brothers' great-nephew) to preserve the Balfa legacy. Watching Balfa Toujours perform at Festivals is as close to being at the original Tribute to Cajun Music as it gets.

Louisiana Folk Roots Tent, all weekend
Festivals is more than just live music, beer in plastic cups and dancing up a dust storm. Its heritage aspect is spotlighted through demonstrations and workshops that educate both locals and the hordes of travelers coming to town. Among the highlights: an examination of Cajun and Creole accordion styles, historic children's music and workshops on singing classic Cajun songs.