The attorneys for Busted in Acadiana administrator Chris Hebert got an extra 2.5 months Monday to prepare for their client's felony trial, marking the third time the case has been delayed this year.

The attorneys for Busted in Acadiana administrator Chris Hebert got an extra 2.5 months Monday to prepare for their client's felony trial, marking the third time the case has been delayed this year.

Hebert, who was arrested in October 2011 on two counts of cyberstalking and one count of stalking - all involving an alleged female victim - was originally scheduled to stand trial July 9, but was granted a last-minute continuance after he was "hospitalized" the night before.

A second continuance, also last-minute, came Sept. 3 because of an alleged scheduling conflict involving his attorneys - a Baton Rouge-based legal duo comprised of Stephen Spring II and Christopher Alexander - who had another case going to trial that same day in an out-of-town courtroom.

When Hebert's name once again appeared Monday morning on the 15th Judicial District's felony trial docket, it was the same outcome: another continuance confirmed Monday morning just as Hebert and one of his attorneys, Alexander, prepared to leave the building. 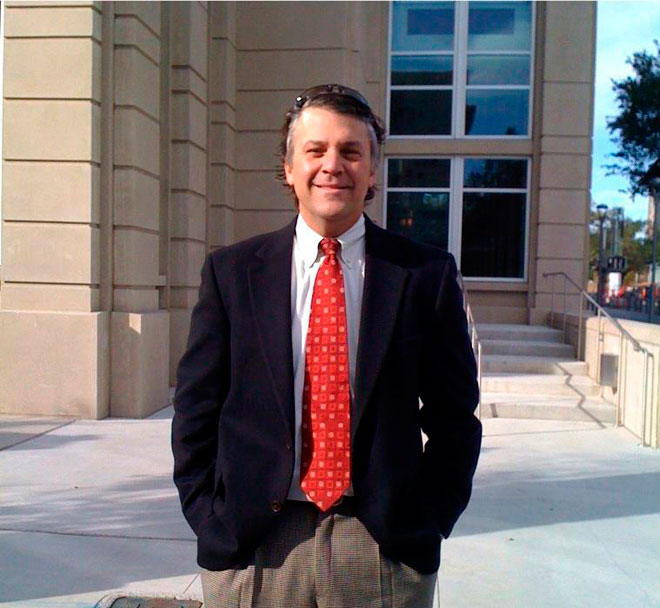 Hebert's attorneys, it's worth noting, were the subject of an IND investigation titled "The Lawyers of Last Resort" (read that story here), which detailed their penchant for high-profile conspiracy cases and use of courtroom antics and delay tactics like being out-of-town - an especially effective strategy for cases in which the odds are stacked against their client.

Assistant District Attorney Roger Hamilton, the lead prosecutor assigned to the case, tells The IND he expects Monday's continuance from District Judge Glennon Everett to be the last in this case.

"The judge will probably cut it off after this," says Hamilton.

Hebert, who if convicted faces up to two years in prison and fines up to $3,000, is now scheduled for a Feb. 18 trial.