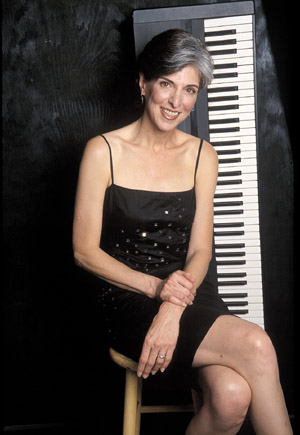 You're playing Thursday in Lafayette for a unique collaboration with UL Lafayette's Wind Ensemble as part of the show. You've done a few orchestra shows in the past with the Columbus Pops Orchestra. What's it like for you to supplement your music or write new charts for an orchestra or instruments associated with classical music? Is it an easy transition or challenging?

It depends. Last year we did the Jacksonville Symphony, and that's where these big charts came from that we're using. I did the Cincinnati symphony last year for a show that was about rivers and specifically about the Mississippi. Since the timing was the way it was, they played up the New Orleans connection and used the Preservation Hall Jazz Band.

For the Jacksonville gig, we worked up a couple songs that we've recorded but don't do a lot live: "Baby, Why Not" and "The Lowdown." I thought those two would be great with these big charts. So I just worked 'em up, got the guys in the band to work 'em up and then gave them to the arranger as possibly chart-worthy songs, and they worked out great. And then my tendency was to go for the more ballad-y things, but I overcame that, too, and we ended up doing "Crawfishin'" and "Sing It."

I don't suppose you could do "Let Me Play With Your Poodle" for an orchestra crowd.

We didn't try that (laughs). We were pushing it with "Crawfishin'."

I think "Bucktown" is a beautiful song and one of the best post-Katrina tribute songs I've heard. How did you hook up with [songwriter] Chip Dolan for that song?

Chip is a good friend of mine in Austin. He's played with a lot of bands including Tish Hinojosa and The Mavericks. He's a piano player and accordionist and has New Orleans friends. He was just so moved by Katrina and the aftermath that he started to write this song. Then he arranged to record it. He had a record coming out and it was finished, but he decided he was going to record this and stick it on there. He got me to sing a verse, and Ruthie Foster to sing a verse and Cyril [Neville] to sing a verse.

They gave me my verse to sing. I said, "I'll do this, but this is the verse that Cyril is going to want to sing; I know from the lyrics. So I'm just going to stick around and when he gets here and takes my verse, then I'll sing harmony." And it pretty much worked exactly that way (laughs). And to boot, Cyril just added so much reality and New Orleans stuff. He changed lyrics and made it so real. That line, "Just like the Lower Nine, Bucktown is no more," is a Cyril line. Cyril really made it New Orleans.

Obviously the song resonated enough with you that you've put your own stamp on it and have been playing it in your shows.

Yes, and especially when we did it with the symphony and we got the charts for it. I think I'll probably record it on my next record.

What stage are you at in your next album? It's been a while since you put out your live record.

It has. It's been plenty long since the record. I'm writing; that's the most I can say about it right now. Things are going well, and I'm excited about what I'm doing. I'm focused now. I gotta tell you, in the aftermath of the elections of '04 and especially since Katrina, I've been a basket case. It's hard, because I have on one hand a reputation and delight in being an entertainer and being uplifting and a good-times entertainer. And creatively, I've been stymied by politics and what happened to New Orleans.

I've broken through though now, and I'm working again.

What's it like for you when you're touring the country now? Even though you've lived in Austin for years, people unequivocally identify you with Louisiana; do you get a sense that people around the rest of the country are still thinking about the hurricanes, and do they talk about it with you?

No. Unless I bring it up, or sometimes people will ask me, because there are a lot of people who don't know where I live and think I live in New Orleans. I mention it in my shows, and we talk about ongoing need and we have a fund, and tell them to do whatever they can and go to New Orleans. But in the world out here, it's considered over. Last year, somebody up in Tennessee said it in so many words: "Oh, that's still going on?"

You're one of a handful of artists who has strong fanbases and consistently draws in both Lafayette and New Orleans, and you've been doing it for 30 years. Any theory on how you've been able to do that?

My music is New Orleans music; that's what I do. Dr. John hasn't lived in New Orleans in a long time, and Zachary [Richard] can live in Canada, but he's still Louisiana's standard-bearer in many ways. I've drifted west and made my life, but in many ways I'm just creating a little outpost for all of us to enjoy. And the Louisiana music that we play is appreciated all over the world and all over the country. We play crawfish boils in New Jersey and zydeco festivals in California, and the culture has traveled. And there aren't a lot of us playing New Orleans piano and traveling the way I do. They're great New Orleans-style piano players, but a lot of them are mostly in New Orleans.

One of my theories about why you draw so well here is that dating back to your earliest days with Freda and Firedogs and the Austin influence, you've always had that honky-tonk influence.

I don't just have New Orleans in me; I grew up over there in Vinton and I've got swamp pop before it was called that, and I've got the Texas blues â?¦ The cool thing that happened to me is that Louisiana affected my progress every step of the way, even after I got to Texas. The band that I joined that established me in Austin, I met those guys because I know Bobby Charles, and the drummer in the band had been Bobby Charles' roommate up in Nashville at one time. So it was that connection that broke through, and then another unique connection is Doug Sahm. Doug drew no line between Texas and Louisiana music, and he loved it all. And Doug worked with [producer] Huey Meaux back in the day. If you listen to his stuff or any of the stuff that came out of the west side of San Antonio, you can't tell the difference between a horn section from Houston or New Orleans or the west side of San Antonio in many cases. I took that as the gospel ' that's how you operate.

Speaking of not drawing lines between genres and regions, when you're not doing a straight-ahead shuffle, for example, your songwriting seems to lean toward the classic soul vein of Stax songs. Would you agree with that?

Yeah. That was on the radio when I was growing up. That was what was happening. The Boogie Kings were playing the dances and playing The Big Oaks and they were playing soul music. And Memphis ' Stax in my growing-up years was in its heyday. So that's exactly where I'm at. And then the other thing about living in Austin is that there's so many great lyricists and so much great songwriting in Austin. So even when I'm writing a shuffle, I try to make it something lyrically memorable, I guess. I try not to throw away a song, and there's a high bar in Austin.

With your tour schedule and constant road work, do you have any tricks or philosophies for maintaining that high bar for songwriting and performing and keeping it fresh amidst the grind?

Fortunately, many songwriters will tell you that driving is a really good place to write. There's something about the drone and the monotony. Even traveling with the guys, there's a solitude about it, because they're either sleeping or listening to their iPods. Even when I'm riding, I can write, and I recently got myself a neat little tool ' a digital recorder. So if I get an idea or a snippet, I don't have to start weaving and driving (laughs). If I can remember the melody, I can just hum into this little recorder and get myself going. Lyrics come anytime or anywhere, and if I just open myself up to it, I write things down all the time. Now getting to a keyboard and making that a song, that's sometimes more of a challenge. A lot of it's just discipline.

Any favorite memory that jumps out of playing here in Acadiana over your career?

More than I can count. Lafayette has been my favorite for years and years. I've got two favorite clubs ' one of them happens to be Fitzgerald's in the suburbs of Chicago, and it's just a re-creation of a good-time Lafayette club. I'd guess I'd have to say Jay's Lounge. I described it to somebody the other day. When you'd take a break, you could hear the people in the building while you stood outside. You'd hear the talking, and it was loud conversation. It'd get louder and louder and louder, and pretty soon they're just screaming inside. Break's over! Time to get back to work!