He throbbed our hearts and now he's coming home.

He throbbed our hearts and now he's coming home. Singer Ray Boudreaux, who made a deep, daring run on NBC's The Voice singing competition but was ultimately voted off the show last week because of cheatin', lyin' bastards, will perform for an extra and extry-special Downtown Alive! concert on Thursday in Parc Sans Souci. The hometown hero will be joined by a few special, surprise guests.

Kate Durio, Downtown Lafayette's director of marketing and events, rolled up her sleeves to git 'er done: "We heard that it is one of Ray's dreams is to play DTA! and we are making it happen to show our support for him and what a wonderful job he's done of representing Lafayette, Louisiana and our local music," says Durio. "Ray was a talented musician before the show and he's only growing as a performer. It's necessary for Lafayette to celebrate with this special edition of Downtown Alive! for Ray and his fans."

Concession sales begin at 5:30 p.m. The music will run from 6-8:30. Leave the ice chests and Coors Lite-stuffed backpacks at home or Ray will only perform Tony Orlando medleys. 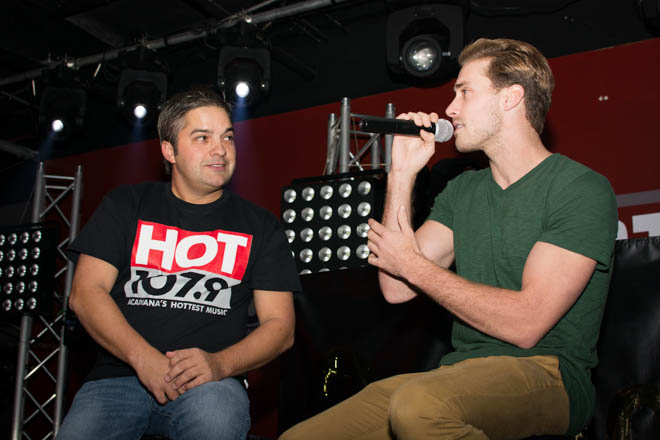 Ray Boudreaux in a recent interview with Chris Reed of HOT 107.9 at The District