Hushed plans for a commercial development along the Louisiana Avenue portion of the Holy Rosary campus put the future of longtime tenant EarthShare Gardens in jeopardy.

Hushed plans for a commercial development along the Louisiana Avenue portion of the Holy Rosary campus could put the future of longtime tenant EarthShare Gardens in jeopardy.

EarthShare has operated as a community-supported agriculture garden on the property since 2002, using a 4-acre area behind the historic, crumbling old Catholic school building, which for decades educated scores of black students from the days of segregation through its closing in the early 1990s. As a community supported garden, EarthShare provides weekly produce to its members, in addition to making regular donations to a number of local food banks.

For EarthShare, the first signs of trouble emerged earlier this year as the garden's board members, hoping to renew their lease on the property, were unable to get an audience with their landlords, the New Orleans-headquartered Sisters of the Holy Family, which took ownership of the property from the Lafayette Diocese in 2010.

The sisters, in fact, have still not responded, despite EarthShare's repeated attempts to make contact throughout the year.

This row of Cedars started coming down Nov. 15 at the Holy Rosary property along Louisiana Avenue in preparation for the development of a shopping center.

The precariousness of the garden's future grew even clearer Nov. 15 when a work crew arrived at the site and began chopping down a row of Cedar trees along Louisiana Avenue, right near EarthShare's entrance. Five trees met their demise, and more would have been cut if not for protests from a group of local arbor activists, TreesAcadiana. So far, only two additional trees have fallen, leaving just a handful still standing.

EarthShare's knowledge of the shopping center has come piecemeal from the property manager hired by the sisters to oversee the property's development, LaFair Hebert, who was responsible for the chopping of the Cedars.

Hebert has not returned The IND's phone calls, and so far, no plans have been submitted to the Lafayette Consolidated Government's Department of Planning, Zoning & Development, according to Zoning Manager Jim Parker.

According to Parker, the Holy Rosary property, a nearly 40-acre block situated on the corner of Carmel Drive and Louisiana Avenue, is zoned for residential use. A shopping center development would require the area be rezoned for commercial use, and according to Parker, that will mean a public hearing, the zoning department's stamp of approval and final approval from the Lafayette City-Parish council.

The IND reached out to the Sisters of the Holy Family in New Orleans and spoke by phone with a sister who would not identify herself.

Asked about the shopping center and whether EarthShare would be kicked off the land by year's end she declined comment. "I couldn't tell you right now," she said. "Why not just let the garden people say what they want to say."

"The message we've been trying to get to the sisters is we just want to talk," says longtime EarthShare member Chris Adams. "We think EarthShare not only plays a valuable role on the property but also makes a valuable contribution to the community." 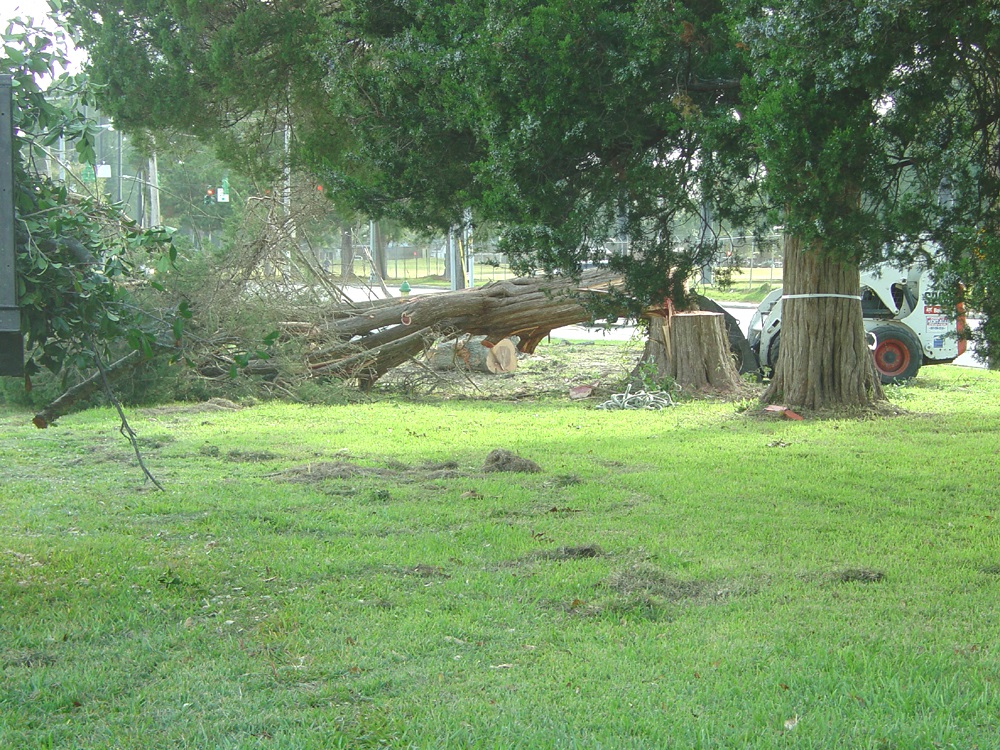 In 2012, EarthShare donated more than 3,000 pounds of fresh produce to FoodNet, and that's not counting additional donations made to other local charities like St. Joseph Diner and the Second Harvest Food Bank, among others. All of which makes this proposed development, supposedly a shopping center, a bit perplexing. Are the sisters supporting an effort that will end EarthShare's donations of fresh produce to local people who don't have the means to buy it themselves? And do the sisters have a plan for relocating EarthShare Gardens to another area on the 40 acres? It wouldn't be the first time Earthshare has been asked to move its gardens to another area on the site, which it readily agreed to do several years ago.

"We're not only interested in a conversation, but we hope it can all be resolved in a positive manner that's not acrimonious on either side," says Adams. "We're not for or against the shopping center. We're neutral as far as that's concerned. Our main goal is to just keep providing fresh and local organic produce."