With their latest triumph, the Saints left little doubt about how tough they are to beat in the Superdome. Unfortunately, two of their remaining three games are on the road. 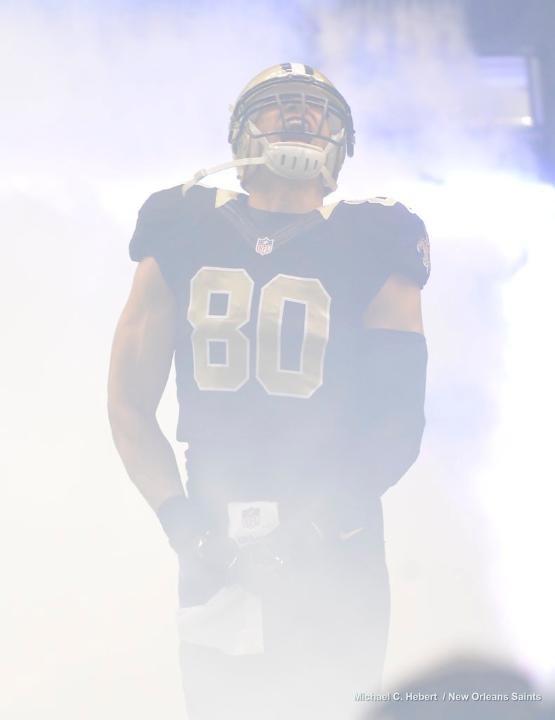 METAIRIE, La. (AP) - With their latest double-digit triumph over a playoff contender, the New Orleans Saints left little doubt about how tough they are to beat in the Superdome.

Unfortunately for them, the next two of their remaining three games are on the road, where their results have been mixed, and playoff seeding is on the line.

"We like to be able to take the show on the road, but definitely playing in the dome is an advantage," Saints center Brian de la Puente said Monday. "We know that. Teams know that coming in here that it's a difficult place to play. There's unique things that present themselves when you're on the road and that's part of it."

The Saints, who are 7-0 at home and 3-3 outside New Orleans, will travel to St. Louis on Sunday. The week after, they visit Carolina, which fell one game behind the Saints in the NFC South race after New Orleans dominated their meeting in the Superdome on Sunday night, 31-13.

New Orleans doesn't expect either game to be easy. The Rams (5-8) have struggled this season but are 3-3 at home, where they were one of only three clubs to beat the Saints in the 2011 regular season.

The Panthers, meanwhile, will be trying to chase down the Saints for the NFC South title and redeem themselves for their lopsided loss in New Orleans.

Asked what his message will be to his players during this pivotal stretch, coach Sean Payton referred vaguely to "the details of fundamentally improving," and "working on all the little things that help you win."

If there are specific areas where the coach wants his team to improve in terms of preparing for road games, Payton was in no mood on Monday to discuss it, responding, "Nothing in particular."

The past two games against fellow playoff contenders have provided a sharp contrast in regards to how New Orleans has functioned at home versus on the road this season. The Saints went to Seattle hoping to take over the top spot in the NFC, only to lose 34-7. During that game, Payton noticed what the Seahawks did in their stadium to keep the fans engaged or project amplified music at the visitor's sideline (during moments when NFL rules allow that). Those measures make it generally more difficult for visiting teams to communicate.

Payton gave thought to those things as the Saints returned home against a Panthers squad riding an eight-game winning streak.

"When you go somewhere and you take Seattle, for example, you have a tough loss ... but you notice other things than just football," Payton said. "The environment is extremely difficult to play in and there are a lot of things that have been well thought out. Your mind starts racing in regards to improving your home-field advantage."

The Saints' defense has thrived on well-timed crowd noise in the Superdome. New Orleans' offense seems to benefit even more from being at home. The crowd lowers the volume for quarterback Drew Brees, making communication easier. In addition, playing indoors, on a familiar artificial surface and under familiar lighting, seems to aid in the execution of the Saints' precision passing game.

"It helps them as far as their speed and their timing," Carolina coach Ron Rivera noted Sunday night. "The things that they do here, they do very well."

New Orleans is averaging 32.9 points at home and only 18.8 points on the road. Five of the Saints' seven home wins have come by double digits, including three by four or more touchdowns. Playoff hopefuls Dallas and Arizona both have lost by 24 or more points in the dome.

"It's not so much about being on the road that really causes problems," Saints safety Roman Harper said. "It's the fact that when we don't have success early, how guys respond and things like that.

"When we come out and we play fast, we get off to good starts offensively, defensively, that's when we're at our best," Harper continued. "We've got try to find a way, no matter where we're at location-wise, to come out of the locker room and start fast."