An ordinance phasing out a rebate businesses receive for collecting and remitting sales taxes is tabled, but it doesn't solve the vexing issue of government revenue. 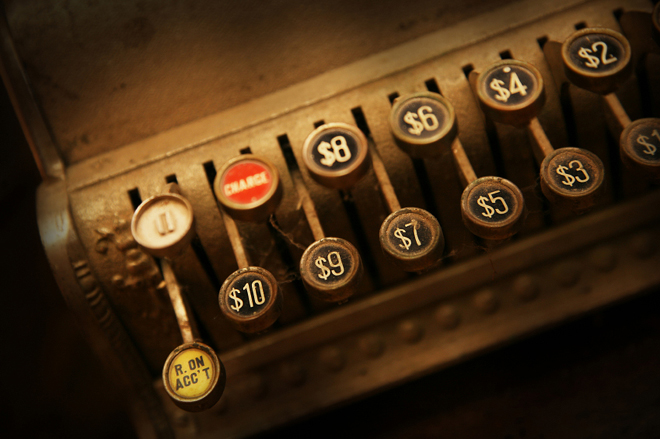 Amid mounting pressure from deep-pocketed business interests in Lafayette as well as gentlemanly resistance from the Greater Lafayette Chamber of Commerce, an ordinance that would have phased out a 2 percent rebate merchants in the city and unincorporated Lafayette Parish receive for remitting sales taxes on time to Lafayette Consolidated Government has been pulled. The controversial ordinance cleared the council by a 6-3 vote on Dec. 2, although some of the council members who voted in favor then also expressed reservations about giving it a nod on Dec. 16 when it would have been up for final adoption.

"We felt like we didn't have full support from the council and this was the best decision for now," says District 1 Councilman Kevin Naquin, one of four co-sponsors along with Councilmen Jay Castille (District 2), Don Bertrand (7) and Keith Patin (8). Naquin and Castille represent mostly unincorporated Lafayette Parish; Bertrand and Patin represent more city voters.

"Two city councilman and two parish councilman came together to bring this issue up for consideration and to start the discussion with the business community and the tax payers," Naquin says. 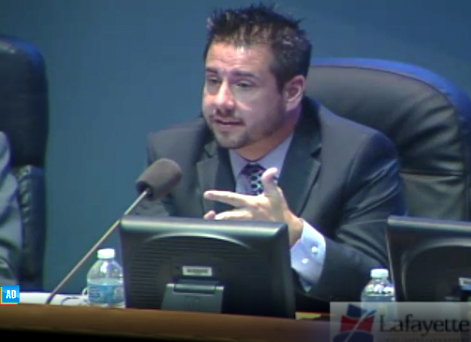 The councilman, who is also a popular Cajun accordionist and represents rural northwest Lafayette Parish, led the charge for repealing the rebate, arguing that LCG could use the estimated $1.5 million additional annual revenue for pressing needs like hiring police officers or fire fighters or upgrading infrastructure. "There are a lot of needs we are facing in this community," he tells The Ind, citing a recent spike in armed robberies in Lafayette. "The need for public safety should be a priority as the city of Lafayette continues to grow along with the unincorporated areas of the parish."

The chamber opposed the ordinance, as did a number of business people who addressed the council over the ordinance's bumpy six-month ride through the council. The rebate repeal was initially introduced last May, sponsored only by Naquin and Castille, but was tabled, eventually getting shot down by the council in July. But the authors pulled in two additional sponsors and tweaked the ordinance, providing for a two-year phase out of the rebate. Yet resistance remained.

Sources tell us that some business interests in Lafayette were threatening (behind the scenes) to target Naquin and the two Republican sponsors of the ordinance - Bertrand and Patin - with print and electronic advertising if the ordinance wasn't pulled - heavy-handed indeed, considering that for the vast majority of businesses in Lafayette that collect sales taxes, the rebate amounts to little more than a few hundred dollars per year. (Remember, the rebate is 2 percent of the 8 cents on a dollar collected, so for a $100 purchase a merchant's cut would be 16 cents.) Repealing the rebate would have had the most adverse impact on businesses that sell big-ticket items like automobiles.

Chamber President/CEO Jason El Koubi has argued that repealing the rebate would put Lafayette Parish in "an unorthodox position" relative to other parishes. This week the chamber provided local media with documents showing that every parish in Louisiana (except Cameron, which has no sales tax) offers merchants a rebate for collecting sales tax and that every state in the Deep South follows such a practice.

To which Naquin and supporters of the repeal reply, "And?" More than half the U.S. states and counties do not offer rebates to business for collecting sales tax. Moreover, regardless of whether the rebate were repealed, consumers would still pay 8 cents on the dollar for purchases in Lafayette. It's not a tax hike, despite how the Tea Party folks might want to frame it. And Lafayette Parish - the city and the unincorporated parish - has some serious revenue issues, as in there's not enough revenue to cover expenses; Lafayette relative to similarly sized and equally affluent parishes has a low tax burden. Something's gotta give.

"The public must understand that we are running Lafayette Consolidated Government off of 1961 and 1985 tax structures, which is becoming a challenge everyday due to the rising cost of modern day expenses," Naquin argues. "I felt like we were doing the right thing for the taxpayers of this parish and community who actually pay this tax."

In fact, City-Parish President Joey Durel, a Republican, has acknowledged the revenue challenges facing Lafayette. At his last IND-sponsored State of the Parish address in February he vowed to put together a "blue-ribbon" commission to study taxes and revenue in Lafayette and to make recommendations. That hasn't happened yet, a fact not lost on the Cajun band leader slash councilman: "My goal [in 2014] will be to put a committee together that will consist of community leaders and Chamber of Commerce President Jason El Koubi in order to help find ways of funding this government and continuing to provide valuable services this community demands from this government," Naquin says.

El Koubi early Thursday afternoon applauded the decision to pull the ordinance: "I think the authors made the right decision to take a step back and have a broader conversation about how to solve important issues," he tells The Ind. "We look forward to working with the Council and others to develop solutions for our community."

Here's something else to consider: Lafayette city voters first approved a sales tax - just 1 percent - in 1961. Since then, voters have approved additional sales taxes. In one case, the old Lafayette Parish Police Jury - a precursor to Lafayette Parish Government, which in 1996 merged with the city to form "consolidated" government (although the other five municipalities in the parish are not part of LCG so LCG isn't truly consolidated) - approved a sales tax via ordinance, not by a vote of residents. But regardless, since 1961 the sales tax burden in the city and unincorporated parish has grown to 8 percent, and yet voters never consented to giving businesses a rebate for collecting the taxes. Most residents in Lafayette, it's probably safe to assume, weren't even aware businesses were getting a cut of sales taxes until Naquin et al brought the issue to the fore.

So, although this publication hasn't taken a position on the rebate or the effort to repeal it, we applaud Naquin and his fellow councilmen for at least bringing the issue to the public's attention and, hopefully, initiating some debate about revenue and our expectations for services from LCG in the future.

Adds Naquin: "I hope that something good will eventually come by trying to do the right thing."