After leaving Louisiana, new locations and new stimuli have fueled a singer-songwriter's muse. 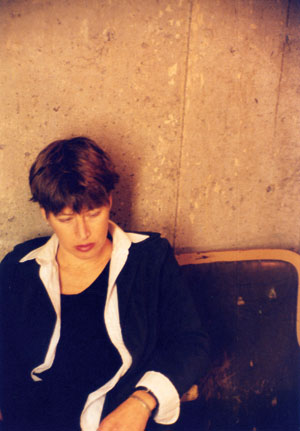 "I loved New Orleans ' I still do ' but it was time to seek out a different world," says Myshkin.

For the singer-songwriter, moving has been a constant in her life; after nine years in the Crescent City, she moved to Portland, Ore., in 2002.

"I thought it might be a receptive place for what I do. I was ready to try something new, really," she says. With much of Portland unemployed, she found a community of people who had both the inclination and the time to make art.

Myshkin recounts her travels by phone from Tucson, Ariz. She's starting to tour in support of Corvidae (Double Salt Records), the follow-up to her excellent Rosebud Bullets album, but first, she's enjoying "some chill time in the desert," an atmosphere that's in her blood since she lived in northern New Mexico. The Indiana native moved there after college, then a few years later drifted to New Orleans.

"I had this little school bus that I lived in for a year, and ended up in New Orleans," she says. "Parked the bus in the back yard and let it rot."

While there, she recorded five albums, and though there are some new, electronic touches like loops on tracks like "Saving of the Day," Corvidae isn't a radical departure. In fact, she recorded half of the tracks a year and a half ago with drummer Scott Magee and bassist Brent Martens ' the band she brought with her from New Orleans.

Soon after, Myshkin met Sailor Banks, a multi-instrumentalist who recorded electronic music under the name Sugar Shortwave. Banks was looking for something to produce, and Myshkin had some songs she didn't know what to do with, so they began collaborating. "Saving of the Day" emerged from those sessions, and the song and the musical ideas embedded in it determined the sound of the disc. With subtle loops, an almost imperceptible electronic undercurrent adds a moody quality to the songs.

Besides providing musicians to affect her sound ' albeit slightly ' Portland also provided subject matter for the song, "For Mimi In Jail." The song, written in response to a letter from a fan who was imprisoned for protesting, starts, "As brave as you are / you will only get braver," and advises the writer, "Keep an ear out / for the wild voice inside you." Still, Myshkin wrote many of the songs while traveling. "It's actually easier on the road because there's a lot of down time, and I don't have to think about the business aspect anymore," she says. "I feel more freed up. There's different stimulus."

She toured Europe last fall and was in Holland on election night. "We were watching on Dutch TV, BBC and CNN, skipping back and forth," she recalls. The Dutch coverage, she says, incredulously wondered why America was re-electing Pres. George W. Bush. "That's pretty much the reaction we got everywhere we went. People just wanted to talk about, 'What is going on in America? Why is this happening?'"

Corvidae began as an anti-war record; the angrier material didn't make the record. "I was left with the somber stuff," Myshkin says. "It's kind of a low-key record and much more intimate than the last one." Though quieter than initially intended, the anti-war message remains in many songs. She wrote "The Dance," for instance, about her grandmother's experience in an internment camp in Indonesia. "They took our son to another camp / I don't know when we'll get him back," she sings.

"My idea was to do a lot of women's stories of war," Myshkin says. "Women and children caught in a war zone is something that just isn't dealt with or looked at very often. Quite often they're the victims of aggression, but not often the participants."

For now, Portland's her home ' "Until I leave this country entirely, which is seeming more â?¦ appealing, as time goes by," she says. With family in Holland, she has even gone so far as to look into the residency requirements. Still, she says, "It's kind of crowded there," a major concern for someone who loves to roam. "There's not much wild space."